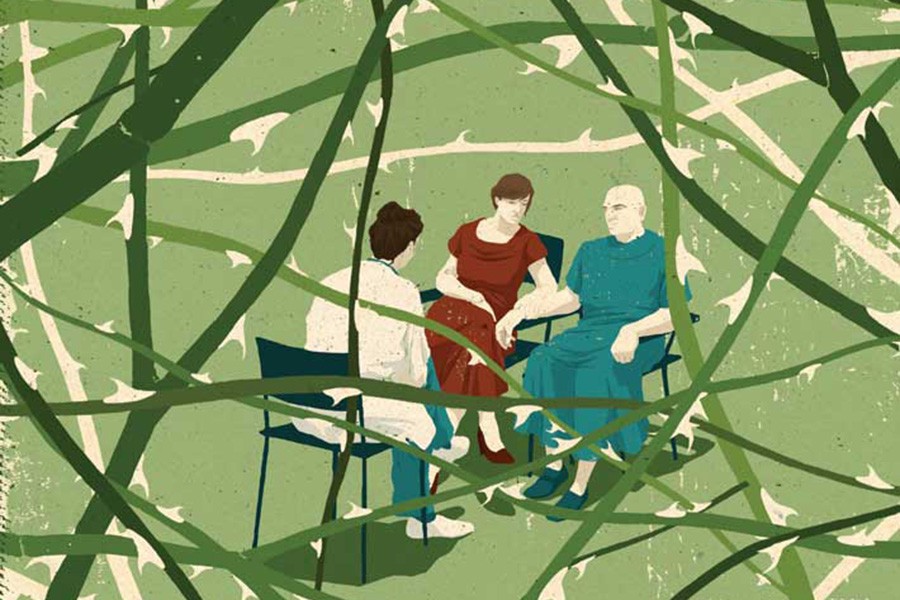 I don't remember the name of the nurse who helped my family through my grandfather's death.

But I thought of her as I read "What Hurts the Most" (page 36), Andrea Appleton's feature about palliative care—the medical specialty that seeks to help patients and their families cope with the pain, fear, and other suffering that can accompany illness, especially terminal illness.

My grandfather, who was 84 and one of my favorite people in the world, broke his neck in a fall. Unlike most of the patients in Andrea's story, his end came quickly. He lived only nine days, which was mercifully short. I had little capacity for dealing with such profound sadness, and could not imagine saying goodbye to him. Those were perhaps the worst nine days of my life. A bright spot was one of his nurses, who was calm and straightforward and just cheerful enough, with Pop and with the rest of us. Hers was a steady and comforting presence, and we all felt such relief and gratitude when she was on duty. She made a point of being there when we took my grandfather off life support. She hugged us all and cried with us and opened the window as he died so his soul could leave the room.

None of us called it palliative care. But we all deeply understood how invaluable it was to have a kind and honest guide during those difficult days.