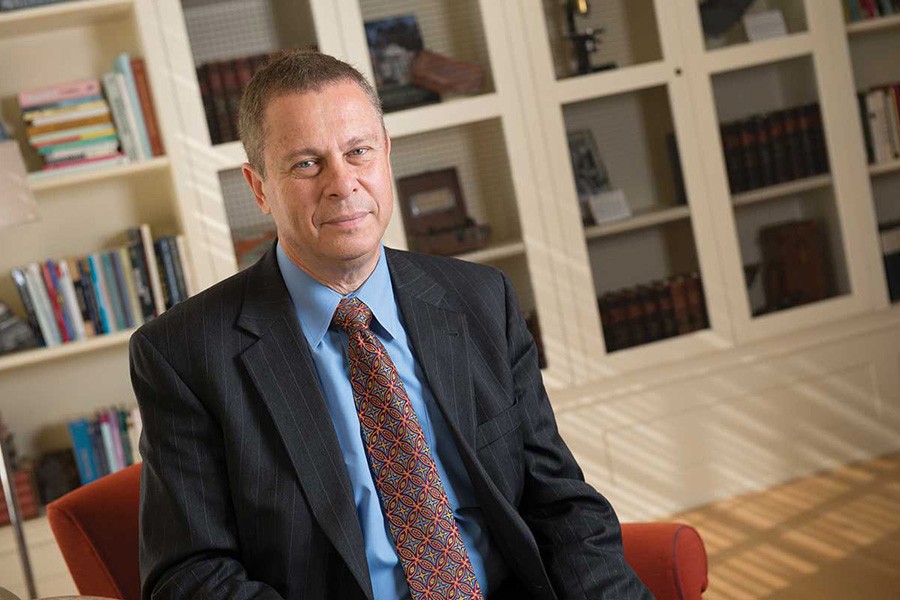 T.E. "Ed" Schlesinger, a distinguished engineering researcher, teacher, and veteran leader of one of the top academic departments in his field, has been appointed dean of the Whiting School of Engineering.

Schlesinger is now the David Edward Schramm Memorial Professor at Carnegie Mellon University, where he has been head of the Department of Electrical and Computer Engineering since 2005. He will start his new position as Benjamin T. Rome Dean of the Whiting School on January 1. "Ed Schlesinger's record as a researcher, educator, and administrator reflects a tireless commitment to excellence and a genuine passion for engineering and higher education," university President Ronald J. Daniels said in an announcement. "I have been struck by his thoughtfulness, drive, and infectious enthusiasm."

Schlesinger has presided over significant growth in Carnegie Mellon's renowned ECE Department, where he also worked with faculty to define a strategic vision for his department, led a redesign of its undergraduate program, and expanded its graduate studies.

His research has focused on solid state electronic and optical devices, nanotechnology, and information storage systems, and he has published more than 250 articles and conference proceedings and holds 12 patents. In 2007, he was part of the Carnegie Mellon team whose self-driving SUV won $2 million in a DARPA Grand Challenge sponsored by the Defense Advanced Research Projects Agency.

Schlesinger, who holds degrees from University of Toronto and California Institute of Technology, earned early career recognition as a Presidential Young Investigator and received an IBM Faculty Development award. Since then, he has received Carnegie Institute of Technology awards for research and teaching as well as two R&D 100 awards related to technology development. He is a fellow of IEEE, the Institute of Electrical and Electronics Engineers, and SPIE, the international society for optics and photonics. DO'S