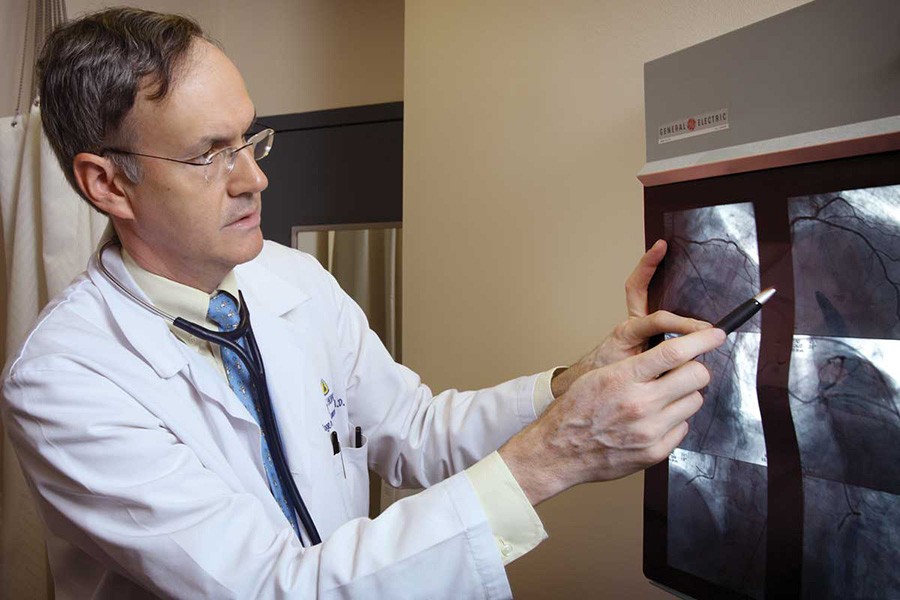 Image caption: Roger Blumenthal is the inaugural recipient of the Kenneth Jay Pollin Professorship in Cardiology.

Irene Pollin worked as a psychiatric social worker for more than 25 years, providing medical crisis counseling to patients who had received diagnoses of cancer, multiple sclerosis, epilepsy, and heart disease. Most of these illnesses were chronic and could not have been prevented. But heart disease, she realized, was different. 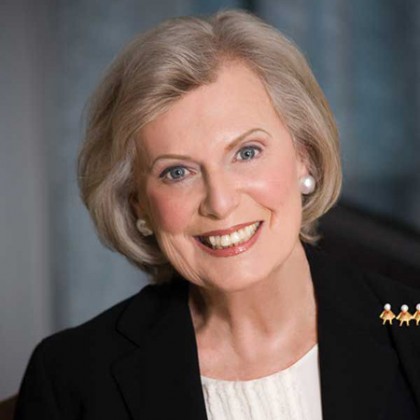 "There are not many diseases that are preventable," Pollin says. But with heart disease, medication and lifestyle changes adopted in early adulthood can help. "If you can reach somebody by age 25 to 30, you're going to make a major difference in that person's life. If you can change their lifestyles, you can save their lives," she says.

Earlier this year, Pollin made a $10 million gift to the Ciccarone Center for the Prevention of Heart Disease at Johns Hopkins. Her gift, says Ciccarone Center Director Roger Blumenthal, A&S '81, will be used to expand the scope of research on prevention of cardiovascular disease, enhance the advanced training of fellows, and translate national guidelines and scientific research into practical strategies.

As part of the gift, Blumenthal, a Johns Hopkins professor of medicine, has been named the inaugural recipient of the endowed Kenneth Jay Pollin Professorship in Cardiology, established in memory of Pollin's infant son. "I like the work that Roger is doing, and I want to support it in my son's name," says Pollin, who has also made donations to other institutions in memory of her 16-year-old daughter, Linda Joy. Both children had a congenital heart defect known as tetralogy of Fallot, which robs the blood of oxygen. Linda Joy did well after her first surgery at age 4, but died after a second surgery 12 years later. Kenneth Jay was just 15 months old when he died.

"Here was this darling, gorgeous little big-blue-eyed guy," she says of her son. "And [when he was] 6 months old, I was told he was in heart failure." A healthy heart is a gift, Pollin says, and those who are lucky enough to be born with one should take care of it. "My kids couldn't do that," she says. "They didn't have that option."

Ten years after the death of her daughter, Pollin earned a master's degree in social work and started a career as a mental health professional at the age of 40. She wrote two books, Medical Crisis Counseling: Short-Term Therapy for Long-Term Illness and Taking Charge: Overcoming the Challenges of Long-Term Illness. She also founded Sister to Sister, a women's heart health foundation that has been offering free cardiac screenings at health fairs since 2000 as part of its mission to increase women's awareness of heart disease.

Blumenthal and Pollin began a professional collaboration in late 2005 when Sister to Sister and the Ciccarone Center teamed up to analyze data Sister to Sister had gathered through screening 8,000 middle-aged and older women. (Blumenthal also helped care for Mrs. Pollin's husband before his death in 2009; the couple was known for owning the Washington Wizards basketball team and building two sports arenas in the D.C. area.) All the women were considered to be at low risk for heart attack and stroke based on existing U.S. guidelines that took into account age, smoking or non-smoking status, blood pressure, and cholesterol. But, Blumenthal explains, when the data was analyzed to include exercise and dietary habits, family history, blood sugar, and triglycerides, many of the women were found to be at least at moderate risk of a cardiovascular event in the future.

Sister to Sister also offers an online cardiovascular risk assessment tool called Smart for the Heart on its website, sistertosister.org. "It's fabulous," Pollin says. "It's offered in four languages and I know it works."

Blumenthal is interested in Pollin's strategies for motivating women to change their behaviors to improve heart health. While regular exercise is important, people still need to periodically monitor their blood pressure and cholesterol. "It's important to remember the concept that lifestyle plays a key role, but appropriate medication in higher risk individuals can be lifesaving," he says. "We are at a time now when we can figure out ways to improve the health and welfare of so many different people. We are about to have new guidelines from the American Heart Association and other leading organizations published that will emphasize the point that so much is preventable. We need to motivate people to take charge of their lifestyle habits."