As the radiators in our Gilman Hall basement classroom clang-tap-clanggged to life one frigid February morning, my introductory poetry class embarked on our first workshop period. A freshman named Cortright McMeel—or Cort, as he'd scrawled in all caps atop the page—passed around his poem, "Among the Dead." A description of a boy taking a girl to an art museum before taking her home to bed, the poem was beautiful, coarse, stark, and funny. 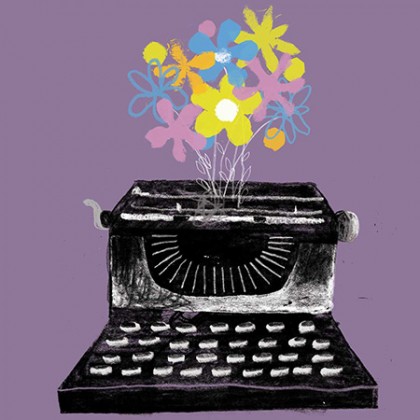 A junior that year, I hadn't expected a freshman to produce something so good, especially not right out of the gate. The guy could write; that much was clear. But, as the course went on, Cort also proved to be a gracious workshopper who gave and received feedback with equal zeal. He took everyone's work as seriously as he did his own.

Whenever Cort, A&S '94, read poems out loud—his or anyone else's—he'd lean forward, his whole body engaged. His face might get red. He might sweat. Outside the classroom lay winter—a world frozen, as if in marble. Inside the classroom, we had the radiators—and Cort.

Relationships are often valued for their vastness and growth. But my connection to Cort became special for its limits. We had no mutual friends. We weren't hanging out in the Hut, meeting up at parties on the Beach, or wandering through art museums together. And that made what we did share—mutual respect for each other as writers and readers—feel that much purer. This, I felt, was what I'd been looking for in college. This was collegiality.

In 2008, after not having spoken since our Gilman Hall days, Cort and I reconnected on Facebook. From opposite parts of the country, we'd exchange occasional messages about books and writing, agents and publishers. When he read from his first novel, Short, on campus, I attended. Afterward, we talked about—what else?—books.

Cort died in the spring of 2013 at age 41, a shocking truth I learned of via the same medium that had put us back in touch. He left behind a beautiful family as well as many admirers and friends.

How do you mourn a friend you rarely saw, one whose hometown and favorite drink you couldn't name? The same way you'd mourn anyone else whose presence in the world seemed so vital—profoundly, and for the rest of your life. I won't ever forget Cort, or how he brought spring to that poetry workshop long before it was due.

Elisabeth Dahl is the author and illustrator of Genie Wishes, a novel for tweens.