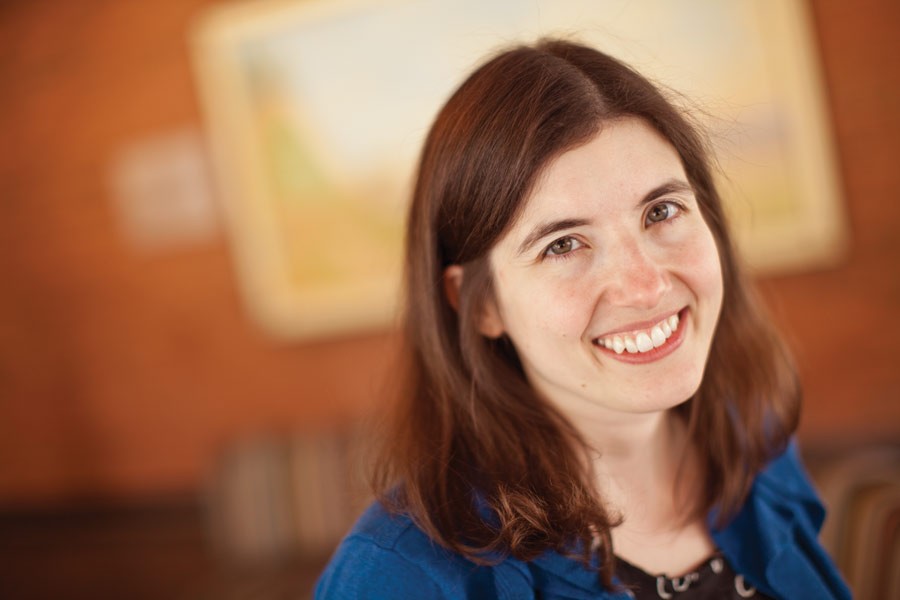 Image caption: Parents of newborns in intensive care not only have to deal with being separated from their infantsthey are often called on to make life-or-death decisions regarding their babies care. Through her research, School of Nursing alum Sara Rosenthal wants to help make the decision-making process easier.

The high-tech world of modern medicine can be daunting. Perhaps nowhere more so than in the neonatal intensive care unit, where some of the most fragile patients—premature infants born as early as 23 weeks and weighing no more than a can of soda—are cared for around the clock amid banks of blinking machinery.

Sara Rosenthal, Nurs '04, '08 (MSN), '12 (PhD), will never forget her first visit to the Johns Hopkins Hospital NICU. She was a first-year nursing student seeking a position as a part-time clinical nurse intern, a hands-on opportunity to hone patient care skills. "I didn't even know what was going on, it was such a different, noisy environment with all this equipment," Rosenthal recalls. "You just don't expect to see newborns surrounded by all this technology."

Suddenly, an alarm sounded. One of the monitors detected that a baby's breathing or heart rate was abnormal and the room's activity accelerated as staff scrambled to resuscitate one of their tiny charges. "It was a lot to take in," Rosenthal says. "But there was something about the people who were working there. I really felt like I connected with them."

She had hoped the internship would augment her nurse's training. What it did was transform it. After getting her bachelor's and RN she went to work in the Johns Hopkins NICU full time for a stretch before switching to part time once she began pursuing her master's. Before long, she felt she had the drive and desire to seek a doctorate in nursing, a goal that became a reality thanks to a doctoral fellowship.

Although the NICU can be a challenging and stressful environment for health care professionals, Rosenthal developed a fervent interest in the experiences of parents whose small and vulnerable sons and daughters were connected to all those monitors. For many parents, bonding with their newborn is a given. But in the NICU, because of premature birth or other serious health issues, technology can interfere with this basic human instinct. "It's a big challenge to help the parents realize their role in this totally foreign environment," Rosenthal says. "A lot of parents are very timid to even touch their baby because they see all this equipment. They're afraid. We start out just having them put their hands on their baby. The skin contact is helpful."

Not only do parents have to deal with the emotional strain of separation from their infants, they are also frequently called on by NICU staff to make crucial, sometimes life-or-death, decisions regarding their care. As she witnessed this stressful decision making again and again, Rosenthal's dissertation subject came fully into focus. "I felt like we were asking parents to make these really difficult decisions about treatment for their babies, and a lot of times they were really struggling with it," Rosenthal says. "So I wanted to find out more about what the parents' decision-making process was like."

In particular she wanted to know how much involvement parents wanted to have in that process. Further, she wanted to know how much trust the parents had in the health care professionals taking care of their babies and in health care institutions in general. Did their amount of trust or distrust impact decision making? Toward answers, she had 70 NICU parents—51 mothers and 19 fathers—complete surveys exploring these topics, following up with eight of them in extensive personal interviews.

The collected data and analysis showed that parents' race, education, or income level were not related to their level of trust, and did not affect the way they preferred to make medical decisions—findings that ran counter to what some earlier studies had shown. "I did find most of the parents were pretty trusting of the health care providers," Rosenthal says. "And the majority of parents wanted some type of shared decision making, a cooperative process between them and the health care providers, so I think this is an important finding."

It's a finding that might not have been possible without philanthropy. As an undergraduate, Rosenthal received the Dorothy P. and C. Emerich Mears Scholarship, established by Baltimorean Dorothy Mears Ward and awarded to nursing majors. Pursuing a doctoral degree seemed a financially difficult proposition until her academic adviser told her about the Ellen Levi Zamoiski Fellowship. "Graduating with a daunting amount of student loans would have been very discouraging," Rosenthal says. "I was also able to keep some hours working in the NICU, which was helpful in developing my research questions."

Though last fall she became an assistant professor of nursing at Notre Dame of Maryland University, she still puts in an occasional shift at the Johns Hopkins NICU. "I would definitely like to continue this research," Rosenthal says. "I think the next step should be to try and develop some interventions to help providers discuss with parents what their preferences are for decision making." 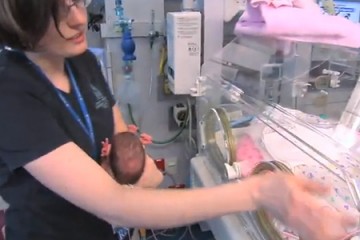