Phyllis Sharps, associate dean for community and global programs and the director of the Center for Global Nursing at the School of Nursing, will become the ninth SoN faculty member to enter the International Nurse Researcher Hall of Fame when she's inducted in July. Created in 2010 by Sigma Theta Tau International, the Honor Society of Nursing, the Hall of Fame recognizes nurse researchers whose work has garnered international recognition for the impact it has on the profession and the people it cares for. Since the mid-1990s, one of Sharps' primary research interests has been investigating the impact of domestic violence on the physical and emotional health of pregnant women, infants, and young children. 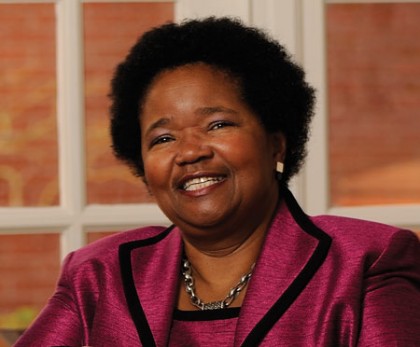 Sharps has also focused her investigative mind on the future of the profession. In January, Sharps and the School of Nursing were awarded a $20,000 "Enhancing the Diversity of the Nursing Profession: Assessing the Mentoring Needs of African American Nursing Students" grant from the National Black Nurses Association to conduct a national survey to determine the motivations and barriers facing African-American nurses and nursing students. According to the 2008 National Sample Survey of Registered Nurses, while African-American nurses tend to earn more advanced nursing degrees than their white peers, at the same time they account for only 5.5 percent of the entire workforce. According to 2011 Census data, currently about 13.1 percent of the entire U.S. population identifies as African-American.

"That this recognition comes from researchers worldwide makes it that much more of an honor," Sharps said in a statement. "It reinforces the importance of the work we're doing in Baltimore and across the globe to protect women and children from violence. It's great news for me, of course, but even greater news for any who will not be victimized tomorrow because of the work we're doing today."