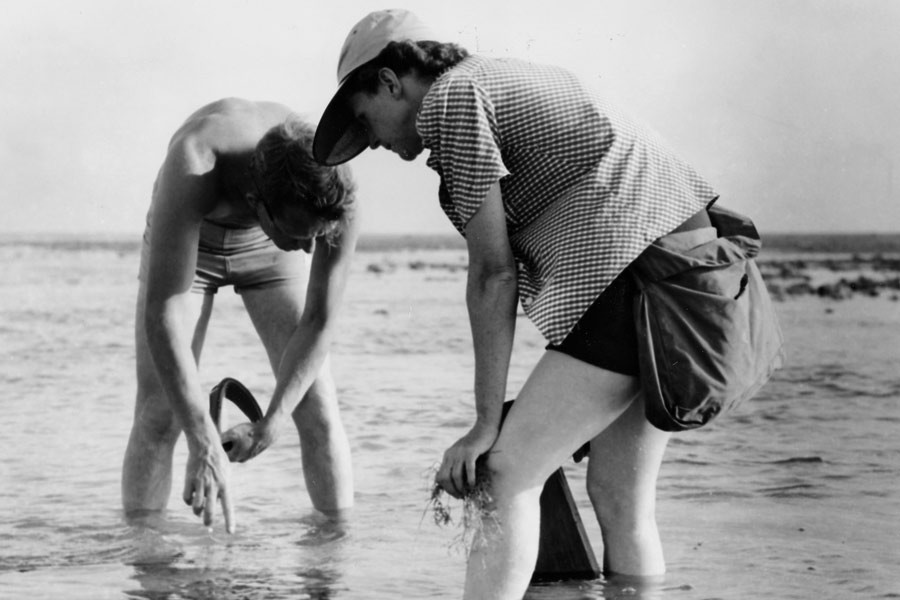 Rachel Carson spent a year sectioning snake and lizard heads before declaring her study a failure.

That had to be frustrating. As you'll read in "Right Fish, Wrong Pond," Carson, A&S '32 (MA), a graduate student in biology who hoped to become a scientist, experienced a lot of frustration before leaving Johns Hopkins with a master's degree. She ultimately succeeded, but as the author of Silent Spring, not as a biologist.

I think of Johns Hopkins people as so focused and goal-oriented, it's as if they all knew at age 11 what they wanted to be and how to get there.

But then there's Oscar Bettison, a Peabody composition faculty member who at age 11 was studying violin ("Bang On"). If violinist-turned-composer isn't much of a stretch, what about Matt Gross, A&S '96, '98 (MA), former author of The New York Times' Frugal Traveler column ("A Guide for Getting Lost"), who came to Johns Hopkins as a mathematics major and ended up with double degrees in the Writing Seminars? Over the years, the magazine has published a lot of these stories, and what all of these people have in common is an intense interest and the courage and imagination to pursue that interest wherever it leads.

Carson actually knew what she wanted to be when she was 11: a writer. At Johns Hopkins she acquired the scientific skills—including how to section a snake head—she needed to fashion an argument strong enough to launch an environmental revolution.