Instead of being at home at home, I was at home everywhere else. The process of arriving, setting up camp, and exploring took on a rhythm that my New York life never had. In late 2009, I followed video directions on my iPhone to a spacious apartment I'd rented in Shibuya, one of Tokyo's churning epicenters of fashion, nightlife, and foot traffic. Then I drank a coffee, had a shower and a bath in the voluminous tub, and stepped outside to look for the first of what would amount to nearly 30 bowls of ramen that week. Around me rose a forest of towers, and I could communicate with almost no one, and I could read but a handful of Japanese kanji, and even then I knew only their Chinese equivalents. I'd spent a little time here before—Japan had been my first stop after the 2007 road trip—but this was still a foreign place, unfamiliar and new. 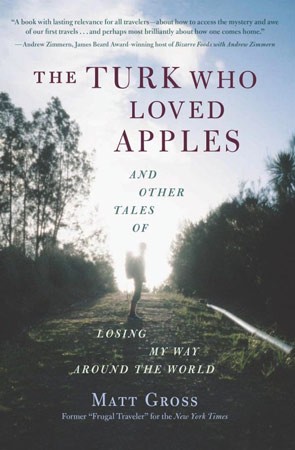 But it didn't feel foreign. As I walked down the street toward Shibuya Station, I was as relaxed as I would have been on St. Marks Place. I was exploring, and I'd always been exploring. Back when I'd lived in Manhattan's Lower East Side, I used to take the opportunity, one weekend night every month or two, to walk almost every block and just see what was going on. New hotel? Synagogue collapsed? There was no project involved—I wanted only to see and to know, and that was what I was doing now in Tokyo. And ah! Here was a ramen shop—not on my list, but I had to start somewhere. I walked in, sat at the counter, pointed to something tasty-looking on the laminated menu, and prepared myself to slurp. Wait, "prepared"? I was born ready to slurp.

And in a similar way, my Lower East Side strolls were not preparation for my trips abroad, home-based experiences I could translate into new contexts in Playas del Coco or Ouezzane. Rather, the overseas explorations came first, and the exploratory walks in New York merely recalled that foreign behavior, allowing me to exist at home (such as it was) exactly as I had abroad: with a clearly defined purpose.

That, I think, explains how comfortable I felt in countries and cities and situations seemingly designed to discomfit a traveler: I had something to do—a cultural phenomenon to understand, a money-saving strategy to test, a difficult journey to undertake, the lay of the land to mentally map. In Osaka, a city obsessed with takoyaki—battered balls of octopus slathered in mayonnaise and other sauces—I had to find the best. And in Sa Dec, in Vietnam's Mekong Delta, I was tracking down traces of Marguerite Duras, who'd lived (and loved) there 80 years before.

In New York, where I had permanent lodging and access to all my possessions, I had the freedom to do whatever I chose, but that freedom bred confusion and laziness. I could do anything, but what? And why? And couldn't I do that later? I'd be back here eventually, right? Naturally, there were some constraints. I had to write my articles and pitch new ones and go shopping and cook dinner and wash clothes. But those were flabby errands, infinitely delayable, inconsequential when compared with the trip in which I walked from Vienna to Budapest, a 160-mile trek that left my feet shredded with blisters, my back and knees buckling, my psyche in tatters. Every step was torture, and yet I couldn't give in—this was the route taken by one of my idols, the war hero, polymath, and travel writer Sir Patrick Leigh Fermor, who'd trekked from Rotterdam to Istanbul in the 1930s. Now that was a life with purpose! And I had to measure up to his example, blisters or no blisters, in cozy pensions or under starry open skies. Every morning I'd awake knowing exactly what I had to do, whether I wanted it or not: put one foot in front of the other, again and again, until I just couldn't walk any more. What might happen along the way was yet to be determined, but the structure was there, and it told me one thing only: Onward!

From The Turk Who Loved Apples: And Other Tales of Losing My Way Around the World by Matt Gross. Reprinted courtesy of Da Capo Press, a member of the Perseus Books Group. 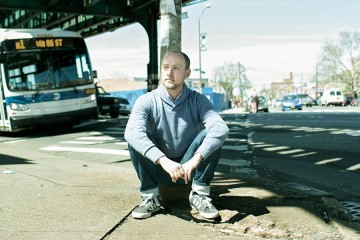 A guide for getting lost

Published Summer 2013
For former Frugal Traveler Matt Gross, the best laid plans are the ones that don't work out / Johns Hopkins Magazine