I met Eddie at the beginning of his sophomore year at Dunbar High School. Abandoned by his mother, Eddie was living with his father, who struggled to make ends meet. Though a bright student, Eddie was failing classes and in danger of dropping out. 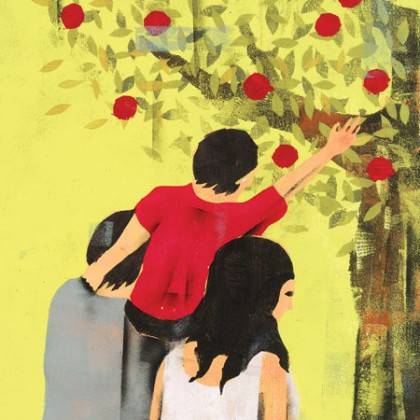 I was a graduate student at Johns Hopkins, leading a fledgling nonprofit called the Incentive Mentoring Program. When Eddie first joined the program, he was moody and often complained about his father's strict rules, but he seemed like one of the "easy" kids. He regularly attended school, rarely missed a tutoring session, and was always the first to show up for IMP gatherings. By the summer after his junior year Eddie was hyper focused, spending the hot days inside studying for the SAT exam and composing his college essays. He also formed deeper bonds with his volunteer mentors, especially Tong Zhang, Med '11 (PhD). What Tong and I didn't know was that while he was making incredible progress academically things were crumbling at home. By the fall of his senior year, Eddie and his father were homeless.

For the next few months, Eddie bounced between Tong's apartment and my house (and the lab at Johns Hopkins where I worked), while we as 20-something grad students learned to co-parent a 16-year-old with Eddie's father and one another. Disagreements seemed never-ending. How much time should be allowed for video games versus homework? Who should play "bad cop"? Tong felt like I didn't make rules that took into consideration Eddie's motivations. I felt like she didn't have my back when I set firm rules. It was difficult.

Believe it or not, this is exactly why my husband, Ryan, and I started IMP. Almost failing out of high school and homelessness were things Ryan had also experienced as a teenager. When his family fell apart, a group of teachers became his extended family, providing packed lunches, rides to school, and assistance to keep the electricity on in the winter. We wanted to create similar intentional families, doing whatever it takes—providing mentorship, making morning wake-up calls, coordinating clothing, furniture, and appliance donations—to help underperforming students during high school and after graduation. After nine years, IMP has grown from a handful of volunteers to over 600, and it currently engages 127 students. So far, every one of our students has stayed with the program, graduated from high school, and been accepted to college, including Eddie.

Through our experience with Eddie, though it wasn't easy, Tong and I began to understand one another's deepest values. Today, we have transitioned from co-parents and volunteers to co-workers as IMP's chief operations and executive officers. In the end, it was clear that all of us—Eddie, Tong, and myself—needed the same thing: the chance to be part of an intentional family built on love and trust.

Sarah Hemminger is co-founder and CEO of the Incentive Mentoring Program.