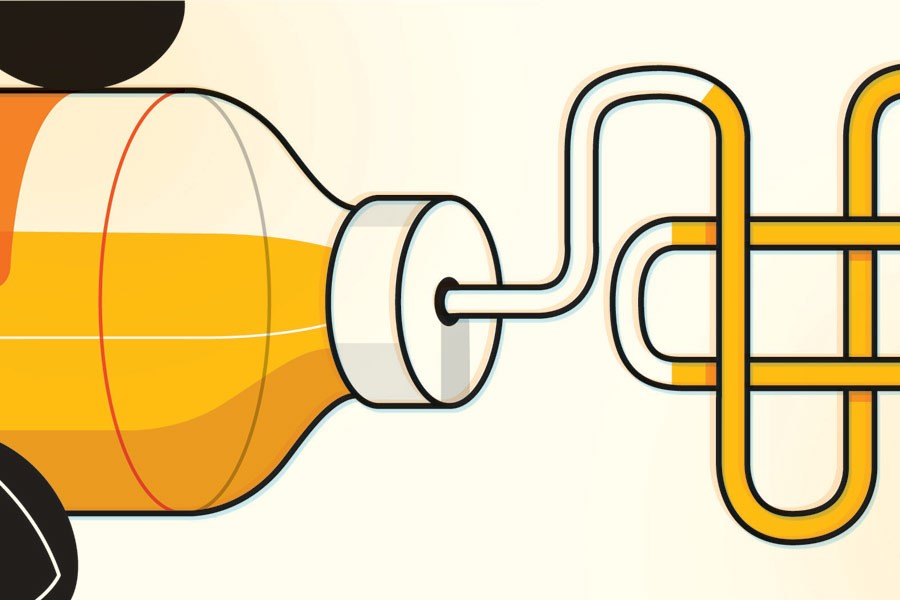 Alix Dabb spends part of each day as soothsayer. The pharmacy specialist in pediatric oncology at Johns Hopkins Hospital forecasts the availability of lifesaving drugs, such as chemotherapy agents used to fight cancers in both children and adults. She maintains a nationwide network of specialists that she regularly checks with for updates on availability. If a shortage looms, she and others sound the alarm. "Dealing with shortages can be a full-time job," says Dabb, a member of the hospital's drug shortage task force that was formed in 2010. "It can get exhausting, but we have to be proactive. Lives are at stake."

Johns Hopkins and other medical centers across the nation face frequent shortages, with those of intravenously delivered chemotherapy drugs particularly acute. The problem is not new. Nor is it going away anytime soon, experts say. There is culpability to go around, but many claim profit is the principal factor. The chemotherapy drug business has become less lucrative. Many cancer-fighting pharmaceuticals can now be produced generically, some for as little as $5 a dose, and the Medicare Prescription Drug, Improvement, and Modernization Act of 2003 effectively restricts the amount chemotherapy drugs can be marked up by the manufacturer. Pharmaceutical companies also face heavier regulation by the Food and Drug Administration and have had to upgrade facilities to meet new quality-control standards. In response, some manufacturers decided not to invest in new infrastructure and either ceased production of certain products or temporarily suspended production to address manufacturing issues. Industry consolidation further reduced the number of companies producing drugs.

A small number of the shortages can be attributed to lack of raw materials such as active ingredients, fillers, and diluents. Some shortages are exacerbated by gray-market companies that accumulate large quantities of a drug so they can create an artificial shortage and mark up the cost some 500 percent. Johns Hopkins and others refuse to buy from these companies, but the damage has been done.

In the past five years, the number of hard-to-find drugs has ballooned. The Johns Hopkins Hospital pharmacy monitors approximately 160 drugs in short supply. Forty have an operational charge in place, such as a different dosage or clinical restriction that limits use to certain indications. For example, phosphate injections currently have a clinical restriction that allows use only for patients with serum phosphate below a set level.

Dealing with these shortages has involved a massive, coordinated effort. At Johns Hopkins, a task force of clinicians, pharmacists, drug purchasers, and other stakeholders meet monthly to discuss drug availability and how best to proceed based on current and predicted volumes of patients. Emergency shortage meetings are not uncommon, and clinicians can be summoned at a moment's notice to a conference room if a drug previously expected now won't arrive in the foreseeable future.

Kenneth Cohen, an associate professor of oncology and pediatrics at the School of Medicine and clinical director of pediatric oncology at the hospital, says that shortages have forced medical centers to develop fluid action plans and confront hard questions. "The issues have been long-standing, but, if anything, over the last four to five years things have gotten worse," Cohen says. "When there is a shortage, we look at a variety of issues to make a determination as to how best to prioritize a limited supply of a drug. Those issues include the importance of that drug in the treatment of each disease in which it is utilized; is it felt to be a key component of curative intention therapy; the availability of other agents in the same class that might be substituted during a shortage; the potential to swap a course of therapy if the impact is felt to be minimal, and so on."

The shortages have affected how hospitals schedule chemotherapy treatments. Some patient groups have to be prioritized. More frequently, cohorts of patients are scheduled to maximize use and minimize waste of a drug because once a vial has been opened, the drug must be used. Brian Pinto, assistant director of medication policy and clinical informatics at the hospital, says the overriding goal is to minimize impact on patients and stay one step ahead of shortages. "The ability of JHH to weather the shortage difficulties over the past several years with minimal clinical impact is due in large part to many pharmacists and technicians working countless hours behind the scenes to ensure we have adequate drug supplies to meet our patients' needs, avoid disruption in clinical workflow, and ensure business continuity," Pinto says.

In January, the Berman Institute of Bioethics hosted a workshop that invited leading clinicians, pharmacists, ethicists, and others from across the United States and Canada to discuss the ethical implications of shortages in pediatric oncology and guide clinicians and institutions in coordinating their efforts and prioritizing treatment. The workshop's chief organizer, Yoram Unguru, a physician in pediatric hematology and oncology at the Herman & Walter Samuelson Children's Hospital at Sinai, says that the problem isn't going away. Medical centers need to address how best to move forward. "We're dealing with a finite resource. How do you determine the order of who gets what first? Is it based on prognosis, cost, survival rate?" says Unguru, who is also an assistant professor of pediatric oncology at the School of Medicine with a joint appointment at the Berman Institute. "And is it ethical for one institution to stockpile, knowing full well that means less drugs available for others? It's a complex problem with no easy answers or solutions."

The U.S. Government Accountability Office, the independent investigative arm of Congress, will soon put out a report on the economic factors that lead to drug shortages. Johns Hopkins officials hope the paper will help guide legislative action and changes at the FDA level. With support from the university's Office of Government and Community Affairs, Johns Hopkins was able to add an amendment to the reauthorization of the Prescription Drug User Fee Act last year that allowed institutions like Hopkins to repackage drug supplies into smaller vials in order to share within a family of hospitals. The new measure won't solve everything, but it could alleviate some of the problem. Until then, Dabb and others keep watch.