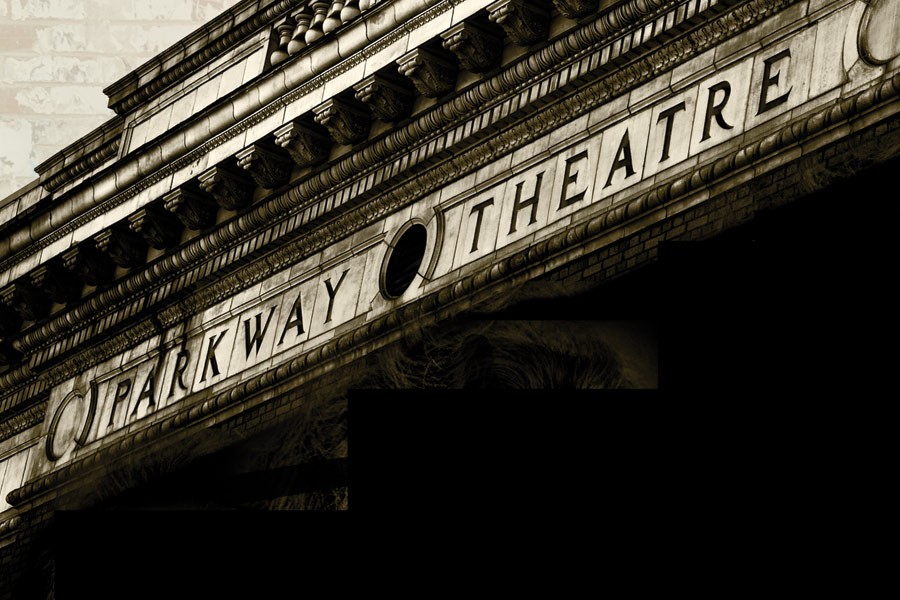 In December, Johns Hopkins University entered into a collaborative partnership with the Maryland Institute College of Art and the nonprofit Maryland Film Festival to transform a nearly century-old Baltimore movie theater into a year-round multipurpose arts venue and educational hub. The Parkway Theatre, located at 3 West North Avenue, hasn't operated as a theater since the mid-1970s. The nearly $17 million proposed renovation plan envisions a three-screen, multipurpose performance space with film production facilities to be used by faculty and students from both schools.

"It'll be a game changer," says Linda DeLibero, associate director of Johns Hopkins' Film and Media Studies program. "We'll be active partners in the programming process, and we'll be able to plug [that programming] into our course work." Through the partnership with the Maryland Film Festival, she adds, students will have greater access to people in the film industry.

The Parkway Theatre, built in 1915, originally served as a vaudeville house with 1,100 seats. It was acquired by the Loews movie chain in the 1920s and primarily screened movies until it closed in the 1970s. The renovation will create one 420-seat theater, plus two smaller rooms with about 100 seats each, aiming to open in the fall of 2015.

Those screening capabilities alone greatly improve Johns Hopkins film students' experiences. Shriver Hall is the only venue on the Homewood campus that can project 35 mm films, and its 1,094 seating capacity makes it too spacious for anything but very large events.

"We don't really have a place that's adequate for screening the films we want to run," DeLibero says. "And that's one of the things we struggle with. [The renovated Parkway] is going to have digital projection, 3-D, 70 mm, 35 mm, and it just opens up a whole world for us. Just from a standpoint of somebody who loves films, it's going to be amazing."