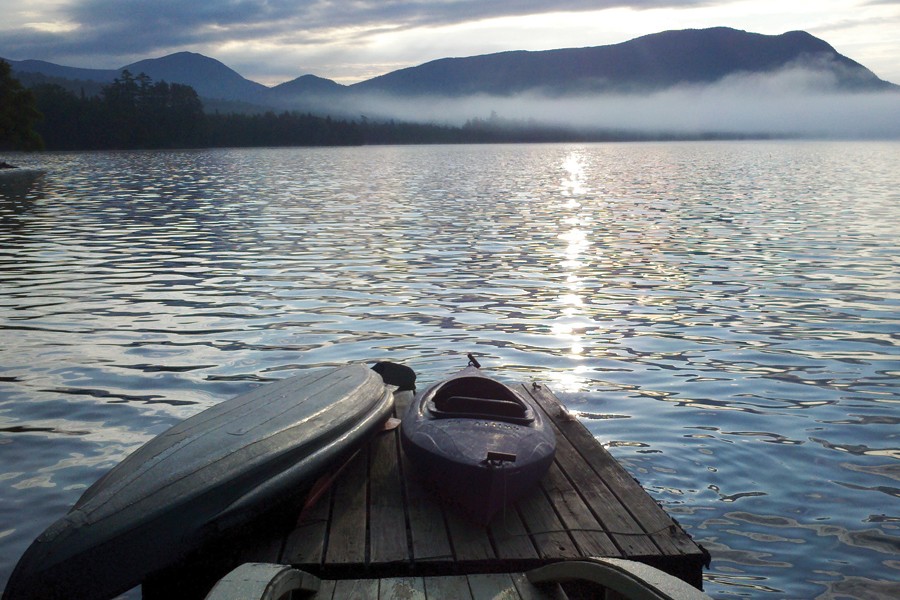 I think I could go off the grid. At least for a little while.

In fact, my family has a tiny cabin in West Virginia where we seek refuge from the rush of daily life, one weekend at a time. It's not, strictly speaking, off the grid—electricity supplied by the local power company is the one amenity—but there's no running water, no phone line, no cable, and—blissfully—no cellphone or Internet access.

So it's not surprising I took interest when I learned that Susannah Hopkins Leisher, SAIS '92, was writing for The New York Times' Green blog about her family's year off the grid in Maine. A kindred spirit! And a Johns Hopkins alumna! Upon her return, I asked her to write an essay for the magazine about what it was like to come back ("Out of the Woods"—that's one of her photographs above).

As it turned out, getting back into the routine wasn't easy. Or perhaps it was too easy. Susannah quickly found herself caught up in the mind-numbing crush of day-to-day details she had tried to leave behind. And she realized it was time to do something even harder: confront her reasons for going into the woods in the first place.

"Writing this article has been a difficult and fascinating exercise in trying to pin myself down to what, if anything, has changed," she wrote in a draft. "Perhaps like a puddle on pavement after rain, the words may reflect some truth."

Susannah is a beautiful writer, and she's searching for what so many of us yearn for: a sense of meaning, of purpose. Happiness. I think you won't have to go off the grid to find a kindred spirit here.