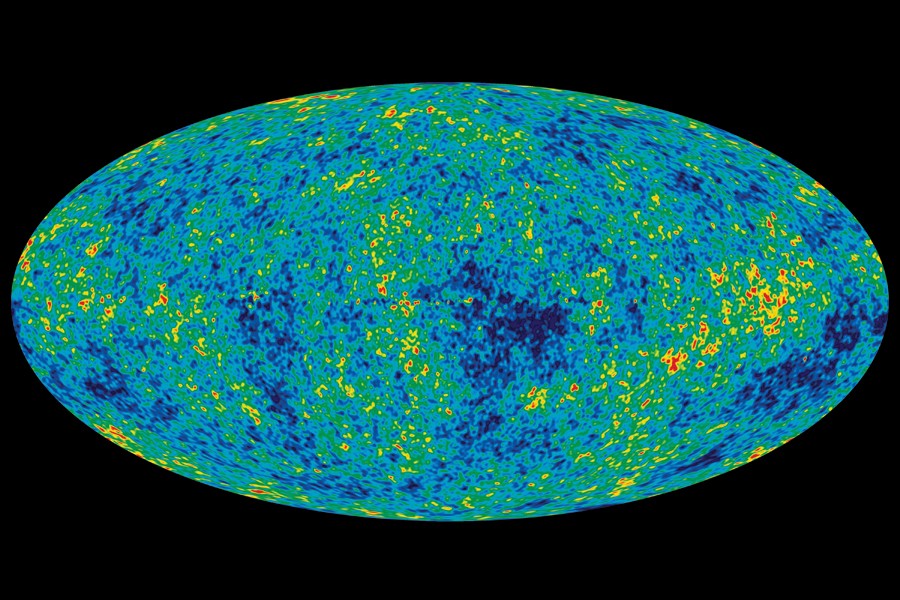 Scientists released the final results of nine years of observations by the Wilkinson Microwave Anisotropy Probe spacecraft, better known as WMAP, which mapped the faint afterglow of the universe's creation 13.77 billion years ago. This "baby picture" of the universe has allowed cosmologists to be 68,000 times more precise in the measurement of such things as the age of the universe and the density of its atoms. Learn more

The thinning of the ozone atmospheric layer over Antarctica has changed the rate at which surface water mixes with deep water in the southern oceans, according to a team of earth scientists. The seas around the Antarctic are important for the uptake of heat and carbon dioxide, so any significant change in ocean circulation impacts CO2 levels in the atmosphere, which in turn affects global climate change. Learn more

NO FUN GETTING OLD

Older people with hearing loss are more likely to suffer declines in cognitive ability and memory. A six-year study of elderly hearing-impaired volunteers found that they suffered a 30 to 40 percent faster decline in cognitive skills compared to older people without hearing loss. Possible explanations include the social isolation that can accompany hearing problems, diversion of energy in the brain from cognition to processing sound, or damage to the brain that underlies both hearing and cognitive impairments. Learn more

PROGRESS ON STROKES AND CANCER

Mice physically debilitated by strokes recover if they quickly receive conditioning that rewires their brains. Neurology researchers found that physical training within 48 hours of the stroke results in the medial premotor cortex of a mouse's brain taking over functions of the stroke-damaged primary motor cortex. Learn more

Genomic analysis of metastatic prostate cancers in 13 deceased patients has found consistent epigenetic "signatures" across all tumors in each of those patients. Physicians eventually may be able to use these biomarkers for better early identification of aggressive cancers and new therapies. Learn more

Hydrogen peroxide vapor, dispensed in hospital rooms by robotic devices, reduced by 64 percent the number of patients contaminated by the most common drug-resistant pathogens. The vapor reduced the chances of being colonized by vancomycin-resistant enterococci (VRE), one of the most aggressive and hard-to-treat types of resistant bacteria, by 80 percent. Learn more

Researchers learned that a widely accepted model of long-term memory formation is wrong. According to the prevailing theory, a single enzyme called PKMzeta was key to strengthening connections between the brain's synapses that are essential to memory. But when neuroscientists experimented on mice without PKMzeta, they found the experiments' effects on the brains of those mice could not be distinguished from the effects on the brains of normal mice. Learn more

In 2009, regulators in the Netherlands tried to reduce the exposure of children to liquor advertising by prohibiting ads from appearing on television between 6 a.m. and 9 p.m. A new study found the prohibition actually increased exposure to the ads among youth aged 12 to 20 because it pushed liquor advertising to late in the evening, when teenagers do most of their viewing. Learn more

A rigorous analysis of malpractice claims revealed that between 1990 and 2010, U.S. surgeons made serious mistakes—performed the wrong procedure, operated on the wrong body site, left a foreign object inside a patient—on average 4,000 times a year. Learn more