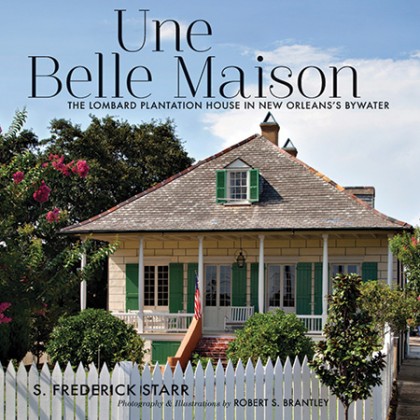 S. Frederick Starr is chairman of the Paul H. Nitze School of Advanced International Studies' Central Asia-Caucasus Insti­tute and a prolific author on the region. He also has a deep tie to New Orleans: He's a clarinetist who founded the Louisiana Repertory Jazz Ensemble and an engaging cultural historian of the Crescent City's vibrant past. His new Une Belle Maison: The Lombard Plantation House in New Orleans's Bywater (University Press of Mississippi, 2013) tells the story of the Ninth Ward's Bywater neighborhood through a single home: Starr's Lombard Plantation House. Built in 1826, the home has witnessed the agricultural 19th century, 20th-century urbanization, the calamity of Hurricane Katrina, and the civic renew­al that followed. A richly told look at one of America's most vital cities.