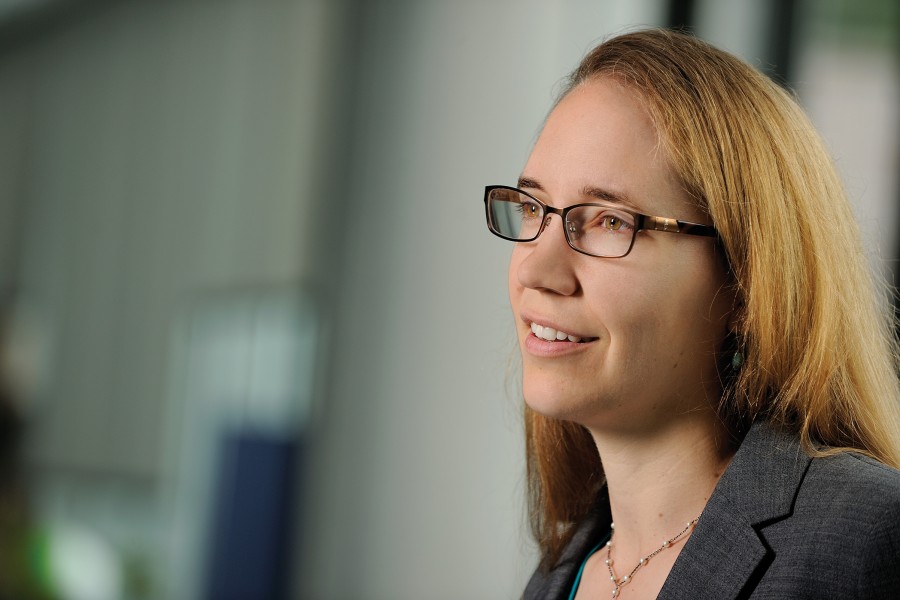 When she settled into her newly created position as director of LGBTQ Life in the Office of Homewood Student Affairs, Demere Woolway brought to Johns Hopkins nearly 10 years of experience in making diverse universities more equitable and inclusive. "Everybody benefits when other folks are more comfortable on campus," she says.

Before she arrived at Hopkins in mid-July, Woolway worked with students with diverse sexual orientations and gender identities at Miami University in Oxford, Ohio; Washington State University; and University of Virginia. She's a co-chair of the Consortium of Higher Education LGBT Resource Professionals and a doctoral candidate at Miami University, where she hopes to complete her dissertation in the spring.

At Johns Hopkins, her primary responsibility is to enhance services to lesbian, gay, bisexual, transgender, and queer individuals, she says. She would also like to connect the LGBTQ community at Homewood with others universitywide and to encourage networking with diverse communities on campus.

"I'm just thrilled by the response from everybody here," says Woolway. Planning is under way for three-hour SafeZone training on all campuses so participants can learn about the LGBTQ community. "They will hear stories of folks in the community and they'll be given a sticker that they can put on their office door or backpack to visibly signal that they are supporters," she says.

She is also planning a series of campus events to celebrate National Coming Out Day in October. "We'll be encouraging conversation and being supportive so LGBTQ folks can live openly and express their identity," she says.