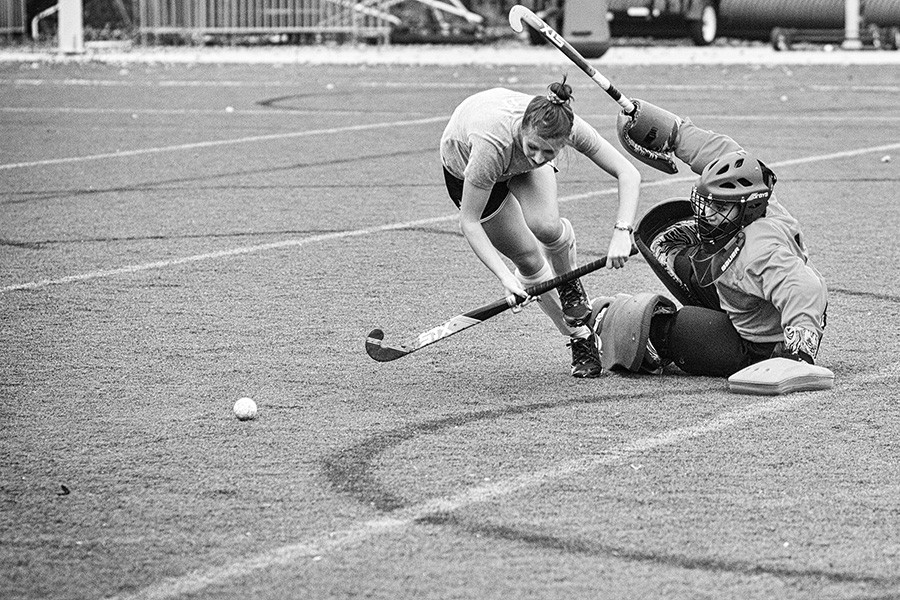 Maybe it's the love of the game.

Is that what sends a person out to the fields day after day, month after month? Perhaps it's a perfectionist streak that drives someone to practice something over and over until it's exactly right. Or maybe it's just a good excuse to get out of the office.

A year ago, Associate Editor Dale Keiger proposed a project to photograph every Johns Hopkins varsity team at practice. In addition to being a terrific writer, Dale is a talented shutterbug whose pictures have occasionally appeared in the magazine. For this undertaking, he attended at least one—but usually two or three—practice sessions for each of the 22 teams playing 14 sports. He estimates that he took 25,000 photographs.

"Whenever I write about scientists and artists, I'm always interested in their process, and it's no different with athletes and coaches," Dale told me. "In sports, the process is practice. In a way, it was relearning that part of what's fun to me about practice is that's when the coaches are working the most closely with the athletes. At a game, players just look fast, athletic, often violent. But at practice, you see the coaches work on details down to moving a left foot six inches when you're throwing a block. It impresses me how much a good athlete knows and the attention to detail.

"It was great fun," he says. "My one regret is that I missed the track team doing yoga." If you enjoy "Sweat Equity", be sure to visit hub.jhu.edu /magazine for our "Grimace Gallery" slideshow.