Kimberly Gudzune spends most of her waking hours obsessing about weight: what to eat, how much to exercise, and how to build a healthy life. As a physician and expert on weight loss and obesity medicine, she's lent a sympathetic ear to hundreds of overweight patients who tell her what it's like to be treated as lazy, gluttonous, incompetent, and apathetic. Every day, such patients tell her stories of facing stigma from family, friends, and co-workers—and from their doctors. 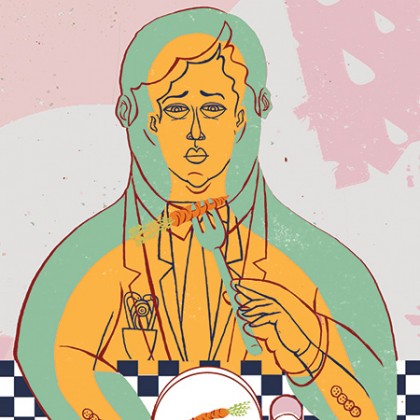 Gudzune, an assistant professor in the School of Medicine, wanted to learn how bad these doctor-patient relationships might be, so she started reading on the topic. She says she found that "a lot of health care providers hold negative attitudes and in general have less respect for obese patients," which got her wondering: Does that affect what happens in the doctor's office? She obtained permission to record 208 patients' appointments, and discovered that the 39 doctors they had visited provided the same basic information on disease, medication, and healthy living to all patients, including those who were overweight. However, the doctors were far less empathetic with the overweight group, less likely to use language such as "I can see how you feel" or "I know it's frustrating, but you're making progress" to reassure, show concern, or reflect emotions back to the patient.

"Forming that bond is really critical when thinking about whether the patient will listen to the advice you give them," Gudzune says. "When physicians have empathic conversations, their patients have better control of their blood pressure and cholesterol, they're more satisfied with their care, and they're more likely to follow through on care."

Her research partner from the Bloomberg School of Public Health, Sara Bleich, has further found that overweight patients trust overweight doctors more than normal-weight doctors to give counseling on weight. Why? "The shared characteristics help their relationship," Bleich says. But she also discovered that few overweight doctors feel competent to counsel patients on nutrition (37 percent) and exercise (38 percent). That means patients may be better off getting weight-related advice from healthy-weight doctors—but only if those doctors can build enough rapport for overweight patients to listen to their advice and stick around for more than an appointment or two. Overweight and obese patients may hop around from doctor to doctor, looking for one that they like and trust. They are far more likely than healthy-weight patients to "doctor shop," that is, to visit five or more primary care providers within a two-year period, which means they never develop a relationship and history with a single doctor.

Johns Hopkins has begun trying to train its next generation of doctors to better work with patients of all weights. First-year med students are required to take Topics in Interdisciplinary Medicine (TIME): Obesity, Nutrition, and Behavior Change, a four-day training on the science of weight management and the importance of the right doctor-patient relationship. Students begin by facing the uncomfortable question: Do I have a prejudice against overweight people? Many think they don't until they take Harvard University's online implicit association test to uncover biases test-takers aren't even aware they have. The self-reflection is worthwhile, says Gudzune, because "once you know you do have a bias, you can make an extra effort to form connections with patients."

The next step is to develop a bit of empathy for overweight patients. The students get some Q-and-A time with two formerly obese patients, one who lost weight with lifestyle changes and the other through bariatric surgery. Next, the students embrace a lifestyle change that doctors often recommend to overweight patients. For one week, they choose to follow the South Beach diet (low-carb) or the Ornish diet (low-fat), or to walk at least 10,000 steps each day as measured by a pedometer. Says Gudzune, "Almost universally, none of them have been able to stick with it. They say, 'Oh my God, I had no idea how hard this is.