This fall, the university named Fritz W. Schroeder its chief development and alumni relations officer. In a September announcement, President Ronald J. Daniels described Schroeder as an "articulate and inspiring leader," citing his contributions to the university's annual giving, alumni relations, development, trustee engagement, and campaign planning and strategy efforts. "His passion for and loyalty to Johns Hopkins are legendary," Daniels wrote. 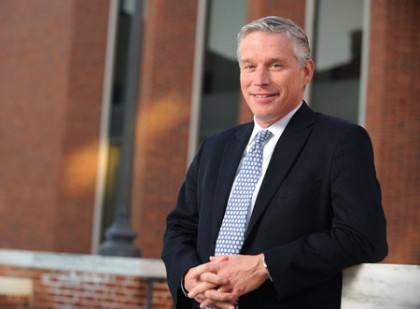 Schroeder has been with the university for 16 years, having first served as director of annual giving. In 2010, he was named vice president for development and alumni relations. He holds a bachelor's degree from James Madison University and an MBA from University of Maryland, College Park.