A decade of ideas

In his February 22, 1876, inaugural address, Daniel Coit Gilman, Johns Hopkins University's first president, delivered an expansive overview of the state of higher education in the United States, the United Kingdom, France, and Germany. The address included 12 "determined points," general agreements about what university education should be. The 12th included a practical reminder that excellence doesn't on laurels rest: "Almost every epoch requires a fresh start." 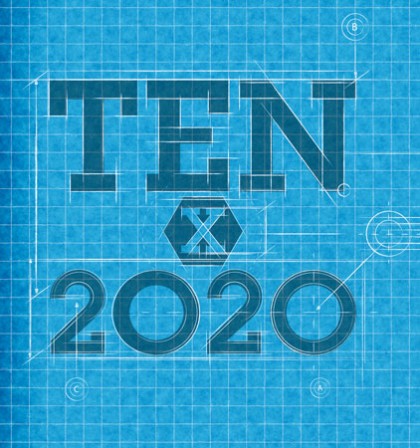 President Ronald J. Daniels recognizes our current epoch as a time of great change in higher education, and he's outlined his vision to sustain Johns Hopkins' role as an institution of discovery and innovation. Inspired by earlier universitywide efforts to envision the university's future, Daniels has launched the Ten by Twenty initiative, which identifies 10 goals for the university to achieve by 2020. And he wants to know what you think.

When the Office of the President announced the plan in November, the president's website made available a PDF of the working draft of the goals. "Through the remainder of the year, I will be seeking your thoughts on how to shape the vision in the document," Daniels writes on the site. "I invite you to contribute your ideas about the Ten by Twenty and your aspirations for our university through the feedback form on the website or by emailing 10by20@jhu.edu."

It's a sincere opportunity to provide feedback about the university's path in the years to come. By citing Johns Hopkins' distinctions—its founding as America's first research university, its role in shaping modern medical education, its relationship with America's oldest music conservatory, the numerous recognitions of its faculty and alumni (19 Nobel Prize winners, six Pulitzer Prizes, 38 Lasker Awards, etc.)—Daniels appeals to the industrious creativity that has forged the university's legacy. He acknowledges the challenges facing higher education today, particularly the need for interdisciplinary collaborations and the paradigm shifts wrought by technology, before identifying how he envisions Johns Hopkins' future.

The themes are the same ones he outlined as the goals for his presidency in his September 2009 inaugural address—the call to become one single Johns Hopkins University, continuing to cultivate a culture of individual excellence, and a commitment to the communities in which the university resides. In Ten by Twenty he adds institution building to those three goals, and the draft begins to outline the combination of economic, administrative, and intellectual strategies for achieving them.

As Daniels notes, Johns Hopkins' "lists of firsts is not yet complete," and this initiative taps into the same drive that Gilman noted as higher education's why in 1876: "a reaching out for a better state of society than now exists." In 136 years, the particulars have changed, but the university's determination to move forward has not.