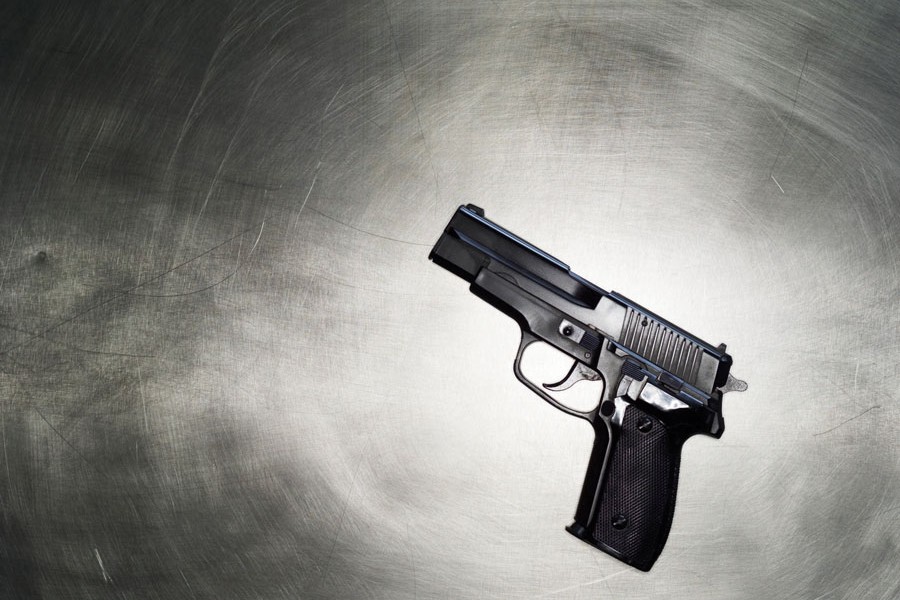 Researchers recently ran the numbers on gun violence in the United States and reported that right-to-carry gun laws do not inhibit violent crime. Only five of the 50 states prohibit 18- to 20-year-olds from owning guns even though that is the age group most likely to commit homicide, and easy access to high-capacity ammunition magazines leads to higher casualties in mass shootings. Learn more

Live near livestock and you are more likely to have MRSA in your nose. A team of scientists from the United States and Holland found that doubling the density of pigs, cattle, and veal calves in a geographic area results in a 24 percent to 77 percent increase in nasal carriage of methicillin-resistant Staphylococcus aureus. MRSA in the nose correlates to an increased risk of eventual infection. Learn more

Medical students have used modified open-source software to create a secure electronic medical records system for use by community free clinics that lack the money to buy a commercial EMR system. The digitized records will allow clinics to deliver more thorough and appropriate care to the inner-city homeless and uninsured patients served by those clinics. Learn more

How are the kids?

Sociologists tracked 11,000 U.S. children as they progressed to adulthood and discovered that foreign-born children and children of immigrant parents outperformed the offspring of native-born parents. The study measured academic achievement and adult psychological well-being. Learn more

Among parents who suffer from anxiety, those diagnosed with social anxiety disorder (the most prevalent) are more likely to trigger a genetic predisposition for anxiety in their children. Researchers found that moms and dads with social anxiety disorder showed less warmth and affection toward their kids, leveled more criticism, and more often expressed doubts about their children's abilities. Learn more

Astronomers detected light from what may be the most distant galaxy yet discovered. The tiny, compact galaxy is 13.2 billion light-years from Earth and was spotted by the Spitzer and Hubble orbiting telescopes. The light captured by the telescopes would have left the source when the universe was only 500 million years old, making the galaxy, in the words of one astronomer, "not even a toddler." Learn more

Engineers created a computer model that mimicked with 98.7 percent accuracy how the brain distinguishes the timbre of various musical instruments. The model could lead to substantial improvement in how hearing aid technology reproduces music for the hearing impaired. Learn more

Metastatic breast cancer begins its deadly advance by invading lymph nodes. Researchers have found that a protein, HIF-1, can launch the cancer's spread to the lymph system. The dense packing of cancer cells in a tumor creates a low-oxygen environment. To survive, the malignant cells activate HIF-1, which promotes growth of new blood vessels to bring oxygen to the cancer. The same protein now has been found to activate a gene implicated in the spread of the cancer to lymph nodes. Learn more

Drug-resistant tuberculosis bacteria form thick, triple-layered cell walls that allow the bacteria to fight off antibiotics. A single protein is responsible for creating essential chemical bonds within these unique cell walls, and scientists wielding X-ray crystallography have figured out that protein's shape, an essential step in designing drugs to kill the resistant bacteria. Learn more

Researchers demonstrated that bone marrow from a donor who is only a partial match to the recipient still can eliminate sickle cell disease in some transplant patients. The finding could make bone marrow transplants available to the majority of patients who require the procedure. Learn more

Medical researchers discovered that either a low-carbohydrate or low-fat diet not only has the power to trim the dieter's waistline, it also reduces systemic inflammation, thus lowering the risk of heart attack and stroke. The low-carb diet group lost more weight in the study, but both groups reduced the sort of whole-body inflammation that has been found to promote the formation of blood clots, interfere with the blood vessels' ability to control blood flow, and cause plaque to break away from arterial walls. Learn more