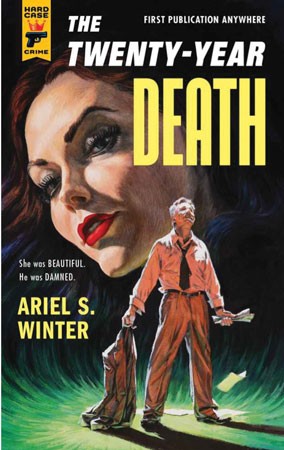 Genre homages are annoying enough; author homages entirely execrable. So it's a minor miracle that Ariel S. Winter's The Twenty-Year Death (Hard Case Crime, 2012) doesn't just work but is genuinely fun. Winter, A&S '02, pens three interlocking set pieces, each taking place in a different decade and assuming a different crime master's voice: Georges Simenon for the 1930s, Raymond Chandler for the 1940s, and Jim Thompson for the 1950s. While the prose mannerisms are effective, it's how Winter links them together that makes Death less a monkeys-typing-Hamlet instance of mimicry and more a sly conceptual feat, treating genre as a readymade and aiming for original territory—which Winter damn near finds.