Sidney J. Socolar, A&S '43, '44 (MA), '45 (PhD), retired in 1984 from the University of Miami Miller School of Medicine as professor emeritus of physiology and biophysics. Today he works in the fields of public health policy analysis and policy advocacy.

Fritz Hessemer, Engr '48, reports that he has six grandchildren and two great-grandchildren, plays flute in baroque chamber ensembles, and enjoys solving algebra word problems and playing the game Upwords with his wife.

Ronald Berggren, A&S '53, was named a distinguished fellow of the American Association of Plastic Surgeons.

Alvin Deutsch, A&S '53, is an adjunct professor of law at the Benjamin N. Cardozo School of Law at Yeshiva University. He serves on the boards of the Johnny Mercer Foundation, Goodspeed Opera House, Little Orchestra Society, and the Sheridan Libraries' National Advisory Council.

William Maginnis, Engr '53, and his wife, Mimi, are active in charity work and are particularly excited about their work with an orphanage in Baja, Mexico.

Merrill Berman, A&S '58, retired in June 2004 and is enjoying time with two children and four grandchildren.

William Loring, A&S '58, is retired and serves as the scholar in residence at St. Paul's Church in Brookfield, Connecticut.

John Texter Jr., A&S '58, Med '62, HS '71, is a clinical professor in the Department of Surgery at the Virginia Commonwealth University School of Medicine. He is also active with the U.S. Coast Guard Auxiliary.

Richard Shugarman, A&S '60, was appointed to the Florida Board of Medicine in June. He is an ophthalmologist and resides in West Palm Beach, Florida.

Howard Ginsberg, Engr '63, '68 (MS), retired in 2009 as principal engineer at Northrop Grumman. He has coached a junior league wrestling team for 28 years and still plays softball.

Stuart Lessans, A&S '63, is retired from his ophthalmology practice and is a full-time father to 11-year-old twins Matthew and Faye.

Ronald P. Spark, A&S '63, is the namesake of an annual Distinguished Service Award created this spring at the University of Arizona College of Medicine's Department of Pathology. Spark, a clinical associate professor at the school and active participant in professional and community activities, received the inaugural award in April.

Alan E. H. Emery, Med '64 (PhD), received the 2012 Award for Excellence in Human Genetics Education from the American Society of Human Genetics. He was recognized for distinguished work through lecturing, mentoring, establishing programs, and his writings, which include more than 300 peer-reviewed articles and 26 books on all aspects of human and medical genetics.

Don Rocklin, A&S '67, a cardiologist, is an assistant clinical professor at the Yale School of Medicine. He has three children and two grandchildren, and he spends time volunteering.

Neil Grobman, A&S '68, retired from Astra Zeneca in 2010 and is now an education consultant.

Henry Hocherman, A&S '68, retired in April 2011 from Hocherman Tortorella & Wekstein LLP, the law firm he helped found in White Plains, New York. Along with his wife of 42 years, he splits time between Florida and New York.

David Millstone, A&S '68, is a member of the National Executive Committee for the Anti-Defamation League and is the organization's international affairs chair.

Connie Siskowski, Nurs '68 (Dipl), was named a 2012 CNN Hero for her work that brought to light the previously unrecognized population of youths who are caring for an ill, disabled, or aging family member. She founded the nonprofit American Association of Caregiving Youth in 2002, providing support to more than 500 young caregivers.

Norm Gross, A&S '72, a practicing psychotherapist who resides in Sharon, Massachusetts, sends his regards to all and reports that he and his wife have been doing a lot of gardening and traveled to Italy in May.

David Levine, A&S '73, '75 (MA), is co-chair of Science Writers in New York and writes about health and medicine.

Henrietta "Heddy" Hubbard, SPH '74, has been named associate executive director, science and quality, for the American Urological Association. During the past five years, she served as AUA's director of guidelines. She previously served with the U.S. Department of Health and Human Services, most recently with the Agency for Healthcare Research and Quality.

Walter Merrill, Med '74, HS '82, a cardiothoracic surgeon, is chief of staff at Vanderbilt University Hospital, where he also holds a faculty appointment.

P. Rea Katz, A&S '77, earned a doctorate with a concentration in educational policy and leadership from Marquette University in May 2011.

Thaddeus Rutkowski, A&S '77 (MA), received one of 18 $7,000 fellowships in fiction writing from the New York Foundation for the Arts. The author of several novels, he teaches at Medgar Evers College in Brooklyn, New York, and at the Writer's Voice at the West Side YMCA in Manhattan.

Orly Avitzur, A&S '78, has been a medical adviser and editor at Consumer Reports since 2008.

Lawrence Durban, A&S '78, is in his 24th year as an attending cardiothoracic surgeon at St. Francis Hospital in Roslyn, New York.

Caren Fleit, A&S '78, is performing a cabaret show at the Duplex in New York City in spring 2013.

Lawrence Najarian, A&S '78, is president of the Armenian American Health Professionals Organization and on the faculty in the Department of Ophthalmology at New York University School of Medicine.

Amy Schectman, A&S '78, is CEO of Jewish Community Housing for the Elderly, a nonprofit organization that provides affordable housing to very low-income seniors in the Boston area.

Sheila Forman, SAIS Bol '81 (Dipl), A&S '82, a visiting professor in the Psychology Department at Loyola Marymount University in Los Angeles, is a clinical psychologist and an attorney.

Humberto Hern&aacute;ndez-Haddad, SAIS '81, was awarded the Commander's Award for Public Service by the U.S. Army. He is the Mexican consul general to the United States in San Antonio, Texas, as well as an attorney and former Mexican legislator.

Noel Eyring Slotke Paschke, Ed '81 (MS), was honored by the University of Maryland School of Dentistry as the inaugural recipient of the Linda DeVore Dental Hygiene Alumnus Award for representing the integrity, intellectual curiosity, community-mindedness, and leadership epitomized by DeVore, former director of dental hygiene. Paschke is on the Dean's Faculty at the University of Maryland School of Dentistry and provides consulting services in the dental industry.

Joe Jacangelo, SPH '86 (PhD), was recognized as Volunteer of the Year by the American Water Works Association. He is an adjunct associate professor at the Bloomberg School of Public Health and vice president at MWH Global, a wet infrastructure-focused strategic consulting, environmental engineering, and construction services firm.

Anne Robinson, Engr '88, '90 (MS), became chair of the Department of Chemical and Biomolecular Engineering at Tulane University in January.

Chris Sanagustin, A&S '89, was tapped in August to head current programming for Universal Television, the studio that produces shows including Parks and Recreation, Saturday Night Live, and Late Night with Jimmy Fallon. She will oversee all Universal Television-produced dramas and comedies.

Bernadette Engelstad, A&S '90 (MA), was appointed as a research collaborator for Arctic Inuit art with the Arctic Studies Center at the Smithsonian Institution's National Museum of Natural History.

Marc Spindelman, A&S '90, is the Isadore and Ida Topper Professor of Law at the Ohio State University Moritz College of Law. His scholarship focuses on certain problems of inequality, chiefly in the context of sex and death.

Carolyn Hayward-Williams, Engr '91 (MS), a certified project management professional and engineer who has worked in transportation for 25 years, is now a senior principal at Delcan.

Peter M. Krask, Peab '91 (MM), co-wrote an award-winning opera, With Blood, With Ink, based on the true story of 17th-century Mexican nun Juana In&eacute;s de la Cruz, a renowned intellectual, poet, and champion of women's rights who was forced by the Inquisition to sign an oath in blood renouncing her life's work. The opera will make its professional world premiere with the Fort Worth Opera during its 2014 festival season.

Elizabeth Legenhausen, Ed '91 (EdD), retired on June 30 after 25 years as head of St. James Academy in Monkton, Maryland. During her tenure, the school added two grades and increased enrollment from 144 students to 300. She had worked at the school since 1967.

Edward S. Tuvin, Bus '93 (MBA), joined Wells Fargo & Company as the business banking relationship manager for the greater Washington, D.C., region. He will focus on the financing of medical practices.

Kendra Preston Leonard, Peab '95, a musicologist, was recently appointed to the American Musicological Society's Committee on Membership and Professional Development. She also serves as the managing editor of the Journal of Music History Pedagogy.

1996 Victor B. Ibabao, SPH '96, accepted a position with the Global Health Research Foundation as director of Cultural Programs and Public Health Education in March. In April, he was sworn in as a commissioner with the Health Care Reform Implementation Stakeholders' Working Group of Santa Clara County in California.

Aletha Maybank, A&S '96, was recognized by the Network Journal as one of its "TNJ 40 Under Forty" honorees, recognizing top-level business executives nationwide. She is an assistant commissioner in the New York Department of Health and Mental Hygiene and director of the Brooklyn District Public Health Office.

Elizabeth Zeuschner Kamins, A&S '98, and her husband, Rob, welcomed their first child, Henry Alexander Kamins, in May. They live in Chevy Chase, Maryland.

Nance Cunningham, SPH '00, completed a health textbook that is for use in independent postsecondary schools in Myanmar.

Brendan Gallagher, A&S '01, SAIS '01, received the General George C. Marshall Award for graduating first in his class from the Command and General Staff College at Fort Leavenworth on June 8. He is serving in the U.S. Army and currently holds the rank of major.

2002 Richard Fontaine, SAIS '02, a leading expert on foreign policy and national security matters, is now president of the Center for a New American Security.

Michael J. Proulx, A&S '02 (MA), '06 (PhD), took a post in September as senior lecturer in psychology at the University of Bath. He was chosen as a torchbearer for the Paralympic Games for his research into blindness and his ongoing engagement with the blind community.

Margaux Coady Soeffker, A&S '02, was named a 2012 Minnesota Rising Star by Super Lawyers. She is a senior associate attorney with Tressler Law in Minneapolis.

Rachel Hare Bork, A&S '03, graduated from Columbia University in May with a doctorate in politics and education.

Sarita Corn, A&S '03, was honored in January by the Honolulu City Council for her extensive community service in Hawaii.

Mark Sorokin, A&S '04, competed as a member of the USA Deaf Soccer team at the second World Deaf Football Championship held in Ankara, Turkey, in July.

Lauryn Bell Fullerton, A&S '05, Ed '07 (MAT), is the founding principal of Noble Auburn Gresham College Prep, a Chicago public charter high school that opened in August and is looking to become the first charter school in Chicago to offer the International Baccalaureate diploma.

Barry Hopkins, Ed '07 (MS), '07 (Cert), was honored in June as Maryland's winner of the Presidential Awards for Excellence in Mathematics and Science Teaching at a ceremony in Washington, D.C. He received a $10,000 award from the National Science Foundation.

Trip Neil, A&S '07, served as the captain of the USA Deaf Soccer team at the second World Deaf Football Championship held in Ankara, Turkey, in July.

Chandrani Mondal, A&S '08, '09 (MS), is a graduate student in the Department of Biology at the Massachusetts Institute of Technology.

Raffi Wartanian, A&S '08, received a Fulbright research grant to analyze the development of civil society in his ancestral homeland, Armenia, where he currently resides. He recently completed his debut solo album of original music, Pushkin Street.

Danielle Nemzer, A&S '12, traveled to Southeast Asia with Alex Rose, A&S '12, after graduation. She resides in Washington, D.C., and is a federal analyst for Deloitte Consulting. 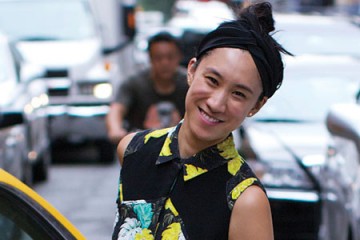 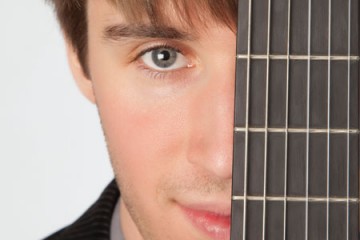 Classic with a twist