"An army marches on its stomach!" Napoleon once declared, which could explain both his great military success as a master of logistics and the disaster that awaited his troops in their unsupported retreat from Moscow. In projects great and small, logistical support often makes the difference between success and failure. With that in mind, the university's Office of Alumni Relations is rolling out a new model of support for the more than 170,000 Johns Hopkins alumni living around the world—a model focused less on command and control of events and activities and more on providing encouragement, organizational help, and expertise. 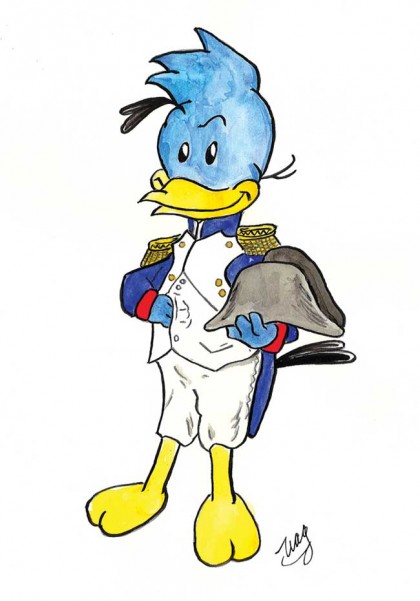 On the heels of the Alumni Council's October 2011 decision to discontinue membership dues and make all Johns Hopkins graduates full members of the Alumni Association, these changes are intended to foster an alumni community that is more autonomous, flexible, and innovative. "Previously most alumni activities were universitydriven events," says Jason Heiserman, senior associate director of the regional communities team in the Office of Alumni Relations. "Alumni chapters would tend to ask us, 'What events do we get?' Now we are hoping the question will become, 'What programs do we want?'—and that they will provide the enthusiasm and impetus to make it happen, with our help."

The changes in membership criteria and alumni chapter support reflect a new idea of what alumni expect from their university. Previously, the university's U.S. alumni chapters and international clubs were determined by the simple fact that a chapter's members all lived in the same city. Thanks to the Internet, in the years ahead alumni groups will be bound more by common interests than common geography—affinity of mind rather than affinity of place. Already the Office of Alumni Relations has begun identifying alumni connected by special interests or career choices. Some groups—attorneys and legal experts, for instance—may draw participants from around the world who network through social media but physically get together rarely, if at all. Others, such as devotees of fine food and wine, may remain closely rooted to place and gather regularly for adventuresome outings (see the story on our San Francisco chapter).

The advantage of the new organization and changed emphasis of Heiserman's regional communities team will be the ability to support both kinds of groups. "We expect more events that are smaller but that are held more frequently," he says. "If there are six of you who want to get together for monthly breakfast discussions about medical devices—great! We can support that."