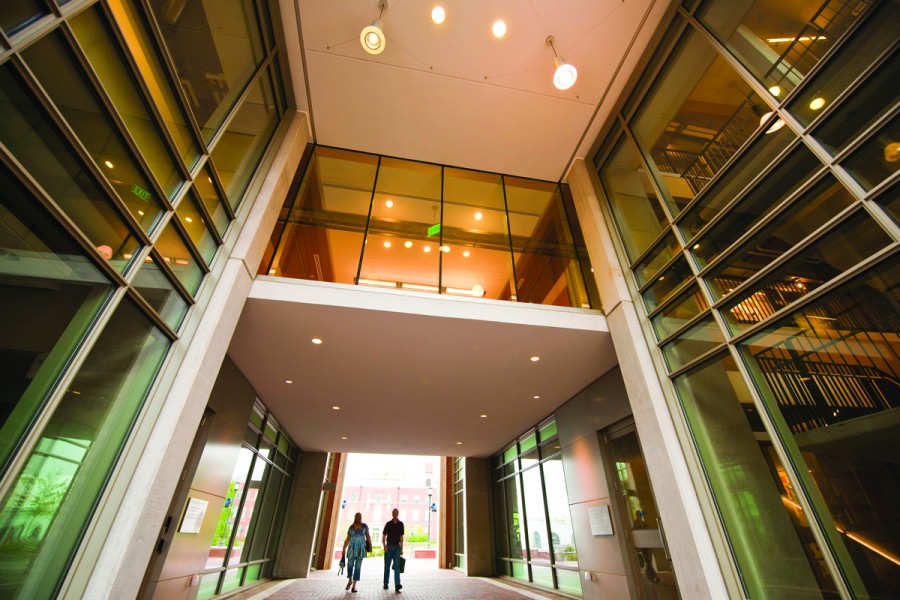 More than half of all incoming Johns Hopkins freshmen take an introductory science, technology, engineering, and mathematics (STEM) class as part of their course work, indicating some interest in one of those fields. Such intro classes have traditionally consisted of large lectures supplemented by textbook readings—perhaps not the most engaging way to learn. Of those students going through STEM classes, almost half of them don't go on to earn STEM-related degrees. Could their intro classes be turning students away from technical fields?

To address that possibility, university president Ronald J. Daniels and provost Lloyd Minor have launched the Gateway Science Initiative, a universitywide effort to improve introductory STEM courses. "I think the provost and the president saw that we could further distinguish the experience of both undergraduate and graduate students," says Scott Zeger, professor of biostatistics and vice provost for research. "We have many faculty at Hopkins who are already experimenting with [new classroom] ideas, and there is a very intense gateway science experience at Hopkins relative to other universities. So we thought if we brought the experimenters together along with the academic leaders, we might discover some opportunities to improve learning."

STEM educators across the country are concerned that the traditional classroom lecture model may be turning students off rather than engaging their curiosity. A recent Inside Higher Ed article reported that in 2006 more than 60 percent of Johns Hopkins incoming freshmen showed an interest in a STEM career path, but only 57 percent of those students earned a degree in a STEM-related field.

The Gateway Science Initiative aims to improve that trend by transforming the classroom from a place where information is transmitted to one where information is assimilated. "The idea is to bring students back in touch with the natural processes that stimulate them to be scientists in the first place, and also to increase students' capacity to critically reason, not just regurgitate information," Zeger says. For instance, future freshmen taking professor Joel Schildbach's introductory biology course are going to find themselves not in a lecture hall but in a laboratory, hunting phages (viruses that infect bacteria) and gaining an understanding of basic biology through hands-on experimentation. Schildbach's "Proposed Curricular Enhancements for Biology and Biological Sciences: Revamping the Freshman Experience" project is one of 10 STEM education explorations being funded by the initiative.

The initiative has assembled a faculty committee, co-chaired by Steven David, professor of political science and vice dean for undergraduate education, and Marie Diener-West, chair of the Master of Public Health Program and a professor of biostatistics education. On January 20, that group convened the first faculty conversation, called the Symposium on Teaching Excellence in the Sciences, on the Homewood campus. The idea behind these gatherings is to share information about which strategies work and which don't.

"I tried to change my own course this year on the Homewood campus," Zeger says of his Introduction to Biostatistics, an undergraduate public health class. "I did some of these active learning techniques, but I struggled with them. I've now been working on understanding what works and what doesn't work, and I'm hopefully going to do away with the lecture entirely next year."