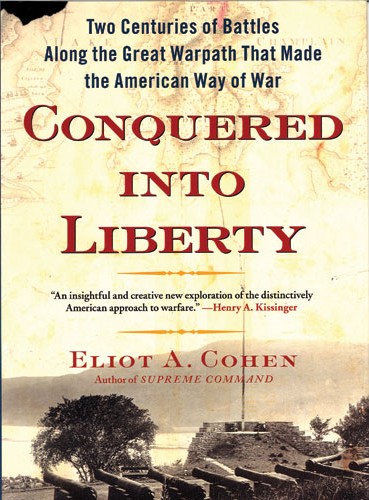 Canada is responsible for America's war machine. As preposterous as that may sound, it's convincingly and engrossingly argued by Eliot Cohen in his Conquered into Liberty: Two Centuries of Battles Along the Great Warpath That Made the American Way of War (Free Press, 2011). Cohen, professor of strategic studies at the Nitze School of Advanced International Studies, illustrates how conflicts among Americans, British, French, and native populations from 1690 to 1815 shaped what became the American military's ideas and practices. Cohen recounts skirmishes and battles, and in doing so tells the stories of some lesser-known historical figures such as Robert Rogers, the colonial badass whose militia, Rogers' Rangers, anecdotally inspired the present U.S. Army Rangers.