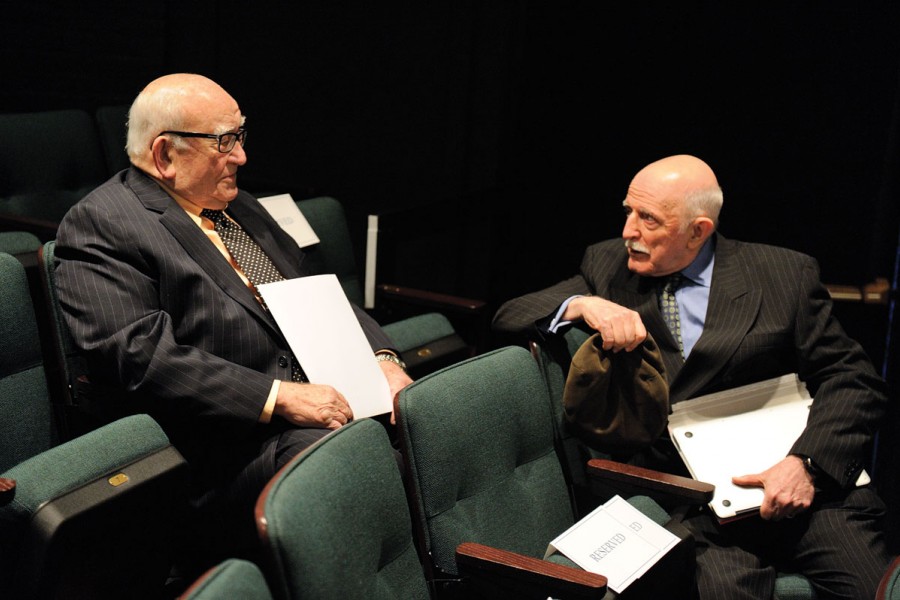 Nearly 60 years after John Astin graduated from Johns Hopkins, the university has renamed its stage after him. The newly dubbed John Astin Theatre sits inside the Merrick Barn, a 19th-century dairy cattle barn turned student center that now houses the Undergraduate Program in Theatre Arts and Studies. Astin, A&S '52, is a longtime character actor and, of course, the star of TV's The Addams Family. He returned to Johns Hopkins in 2001 as a visiting professor in the Writing Seminars, where he teaches acting and directing to undergrads. The 104-seat theater was rechristened during a ceremony celebrating the barn's recent renovation. Astin attended with his thespian sons, Sean and Mackenzie; his wife, Valerie; and his longtime friend, Edward Asner.