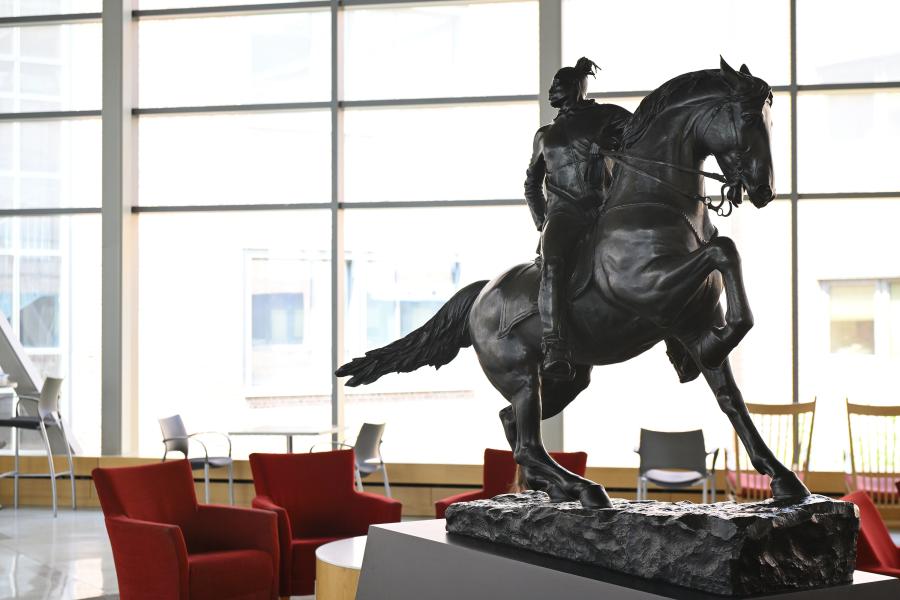 A horseman astride a galloping steed now joins the students studying in the Mudd Hall atrium on the Johns Hopkins University Homewood campus. The 7-foot tall, artist-stamped scale model of Rumors of War, by Kehinde Wiley, is on long-term loan to the university from its owner, investor, philanthropist, and JHU trustee Bill Miller. Modeled closely after a Confederate statue erected in Virginia, Rumors of War features instead a Black man in a hoodie, distressed jeans, and Nikes as the victorious warrior riding the horse—a defiant rejoinder to the figures of the Confederacy typically depicted in such statues.

"He's standing for a people or excluded peoples in general," said History of Art Professor Stephen Campbell in April when it was announced the statue would be installed on the Homewood campus. The statue, Campbell added, challenges the "ideology and aesthetics of the white warrior on horseback, which became racialized by the late 19th century."

Link to this image 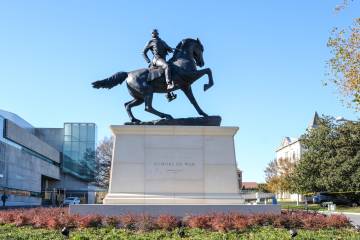 A horseman of a different era