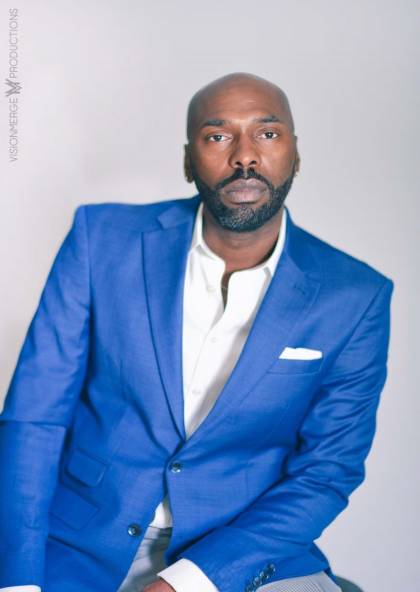 A Maryland state senator described Johns Hopkins' efforts to create a private security force with jurisdiction over local neighborhoods as "akin to establishing a Vatican City in the middle of Baltimore." What are the consequences when an elite, predominately white school holds so much leverage in a struggling Black community? In this lecture, Davarian Baldwin will use Johns Hopkins' political, economic, and policing influence in Baltimore to sketch out the contours of what he calls the rise of the UniverCity. At the heart of the discussion will be Baldwin's new book, In the Shadow of the Ivory Tower, which explores higher education's growing control over the economic development and urban governance of urban America. The case of Johns Hopkins can help us examine the much broader possibilities of urban engagement and the pitfalls of authoritarian control when universities shape the future of our cities.

This event is hosted by the Center for Africana Studies. All in-person events at Johns Hopkins must follow university COVID-19 policies. See current guidelines online. To attend the event virtually, please register in advance.

Davarian L. Baldwin is a Distinguished Professor of American studies and founding director of the Smart Cities Lab at Trinity College in Hartford, Connecticut. He is the author of several books, most recently In the Shadow of the Ivory Tower: How Universities are Plundering Our Cities (Bold Type Books, 2021). Baldwin is currently at work on the book Land of Darkness: Chicago and the Making of Race in Modern America (Oxford University Press). In addition to teaching and writing, he sits on a number of editorial boards, including for the Journal of African American History and Black Perspectives. Baldwin also serves on the coordinating committee of Scholars for Social Justice and as a distinguished lecturer for the Organization of American Historians. His opinions and commentaries have been featured in numerous outlets from NBC News, PBS, and the History Channel to USA Today, the Washington Post, and Time.

Lawrence Jackson is the author of the award-winning books Chester B. Himes: A Biography (W.W. Norton, 2017) and The Indignant Generation: A Narrative History of African American Writers and Critics (Princeton, 2010). In 2002, he published Ralph Ellison: Emergence of Genius, 1913-1952 (Wiley) and he has written a memoir on race and family history called My Father's Name: A Black Virginia Family after the Civil War (Chicago, 2012). Jackson earned a PhD in English and American literature at Stanford University, and he is a 2019 Guggenheim fellowship awardee. A Bloomberg Distinguished Professor of English and history at Johns Hopkins University, he founded the Billie Holiday Project for Liberation Arts to create opportunities for enhanced intellectual and artistic relations between Johns Hopkins and Baltimore City, his hometown. He is completing a book about his return called Job's Labyrinth, or, Shelter (Grey Wolf 2021).

Please register in advance to attend the event virtually