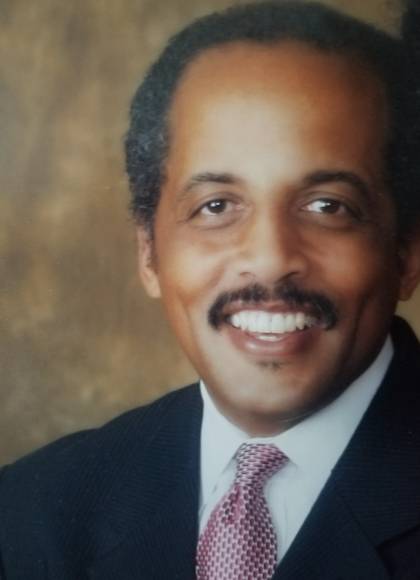 Ernest J. Quarles is a practicing attorney, intersectional critical race researcher, and historian who teaches at Johns Hopkins University, will give a talk entitled "Framing Frederick Douglass: The Female Talented Tenth That Shaped America" as part of Humanities in the Village.

Humanities in the Village is presented by the Alexander Grass Humanities Institute, the Ivy Bookshop, and Bird in Hand.

In this era of "My Brother's Keeper," we have been blinded from fully recognizing the Black woman's race-, gender-, and class-based persecution and oppression. This daunting reality, though, has existed since 1619. She has lived through the dehumanizing experience of slavery and the unfulfilled promises of Reconstruction, lynching, Jim Crow, and segregation, and today she often finds herself left out or at the margins of our concern with regard to her humanity. Even during the life of the great Frederick Douglass, who spoke out against America's torturous evils, the Black woman was unchampioned. She was never offered a pedestal to speak, yet she spoke boldly nonetheless. America wanted her to be the footstool for white society, but she vehemently refused. Anna Douglass, Harriet Tubman, Rosetta Douglass, Anna Julia Cooper, Ida B. Wells, Josephine St. Pierre Ruffin, and others were the thought leaders who shaped and defined the truest sense of humanity and morality for 19th- and 20th-century America. They are the talented tenth who saved Black America and, in so doing, the heart and soul of our nation.

Ernest J. Quarles is a practicing attorney, intersectional critical race researcher, and historian who teaches at Johns Hopkins University in Baltimore. His courses focus on deficits in America's storytelling, erased and marginalized histories, and U.S. racial history. Within those spaces his methodology embraces intersectional frames and other critical lenses and, in so doing, enables truly transformational learning. Quarles began his study of race matters under the late Hon. Leon A. Higginbotham while studying at the University of Pennsylvania Law School. While at Penn, Quarles developed a relationship with the late Professor Derrick Bell, one of the founders of critical race theory. Quarles is on the board of the African American Policy Forum, an innovative think tank founded by Kimberle Crenshaw that connects academics, activists, and policy-makers to promote efforts to dismantle structural inequality. Quarles is also a graduate of Brown University.