Experts discuss the complex relationship between technology and democracy 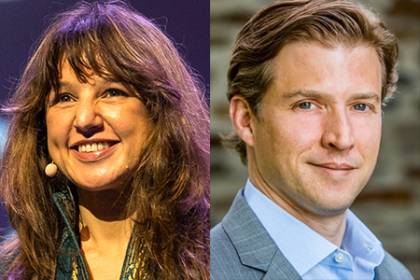 Note: Due to a scheduling conflict, JHU President Ronald J. Daniels, who was scheduled to moderate this event, will not be able to attend.

With the resurgence of nativism and authoritarianism around the globe, democracy appears to be in crisis. How did we get here? And what can we do about it?

To better understand the state of democracy today, the Stavros Niarchos Foundation Agora Institute at Johns Hopkins University is launching Democracy Dialogues, a new, ongoing series of conversations with a diverse group of scholars, policymakers, journalists, citizens, and practitioners.

The first conversation will address the complex relationship between technology and democracy with Zeynep Tufekci and Alec Ross, both of whom have been at the forefront of this issue.

Tufekci—an associate professor at UNC-Chapel Hill, columnist, and author of Twitter and Tear Gas: The Power and Fragility of Networked Protest (Yale University Press, 2017)—was an early and outspoken critic of social media's potential to damage democracy. Her ongoing research revolves around the interaction between society and technology, with a focus on how big data, algorithms, and artificial intelligence are affecting not only the dynamics of power and resistance in modern society, but also the social and political structures that uphold it.

Ross is an innovator, investor, former gubernatorial candidate, and State Department official, and the author of The Industries of the Future (Simon & Schuster, 2016). In his role as Senior Advisor for Innovation to Secretary of State Hillary Clinton, he saw firsthand technology's power to protect democracy. He also knows that, left unchecked, it is no panacea. Currently, Ross serves as an adviser on technology and geopolitics to political and business leaders around the world.

This conversation will moderated by Adam Sheingate, professor and chair of JHU's Department of Political Science. It will include an opportunity for audience members to engage with the panelists.