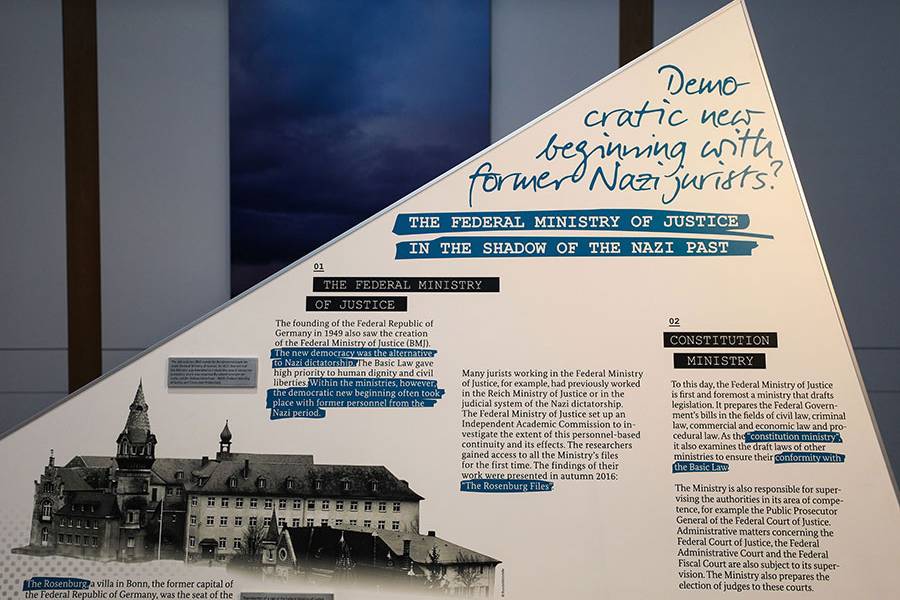 In 2016, an independent commission of historians released their shocking findings on the post-1945 establishment of the West German justice ministry after extensive study of the ministry's archives. The "Rosenburg Files"—named after the ministry's first official residence—revealed that the judiciary was a stronghold of former Nazi Party members until the 1970s. Through visual and auditory interactive displays, this exhibition explores the Nazi infiltration of the justice ministry and the legal and political consequences for the young Federal Republic.