Other news includes WHO appointments, AAAS fellow elections, and more

Andreea Creanga, an associate professor in the Department of International Health, and Alison Gemmill, an assistant professor in the Department of Population, Family and Reproductive Health, have been invited to serve on the World Health Organization's Technical Advisory Group on Maternal Mortality and Maternal Cause of Death Estimation. The TAG plays a leading role in efforts to improve the measurement of maternal mortality worldwide.

Shima Hamidi, an assistant professor in the Department of Environmental Health and Engineering, received a $250,000 grant from Bloomberg Philanthropies for a study that involves collecting data on urban streets across the U.S. to determine how cities can reduce lane width to make room for bike lanes and wider sidewalks. Hamidi and her research team will focus on a national sample of urban street segments from 11 major cities in 10 states.

Sabra Klein, a professor in the Department of Molecular Microbiology and Immunology and co-director of the Johns Hopkins Center for Women's Health, Sex and Gender Research, and William W. Wright, a professor emeritus in the Department of Biochemistry and Molecular Biology, have been elected American Association for the Advancement of Science Fellows. AAAS fellows are elected annually based on their efforts to advance science applications that are deemed scientifically or socially distinguished. Becoming an AAAS fellow is among the most distinct honors within the scientific community. 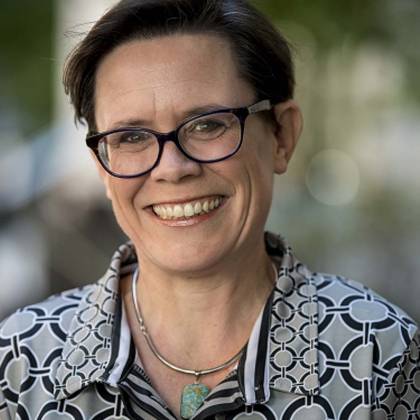 Katherine "Kate" Clegg Smith assumes the role of vice dean for faculty on April 15, succeeding Keshia Pollack Porter, who was recently named chair of the Department of Health Policy and Management. Smith, a professor in Health, Behavior and Society, has previously served in several leadership positions at the school and holds joint appointments in the departments of Oncology in the School of Medicine and Sociology in the Krieger School of Arts and Sciences.

Roland J. Thorpe Jr., a professor in the Department of Health, Behavior and Society, has been elected to the Academy of Behavioral Medicine Research. This is a society of leading senior scholars dedicated to advancing behavioral medicine, and election recognizes excellence in the field.

Researchers in the Department of Environmental Health and Engineering have received a $1.35 million award from the Environmental Protection Agency to develop a three-year study colloquially known as INGEST (short for INnovations to Generate Estimates of children's Soil/dust inTake). The study focuses on the risks of ingesting contaminants when children put their hands and objects in their mouths. Keeve Nachman, an associate professor in the department, will serve as the study's principal investigator.