Four Johns Hopkins faculty members have been elected to the American Institute for Medical and Biological Engineering 2022 College of Fellows. Election to AIMBE is among the highest professional distinctions accorded to medical and biomedical engineers. It honors those who have made outstanding contributions to engineering and medicine research, practice, or education. The three new fellows are:

Muyinatu "Bisi" Bell, John C. Malone Assistant Professor in the Whiting School's Department of Electrical and Computer Engineering, with joint appointments in Biomedical Engineering and Computer Science, and the director of the PULSE (Photoacoustic and Ultrasonic Systems Engineering) Lab. 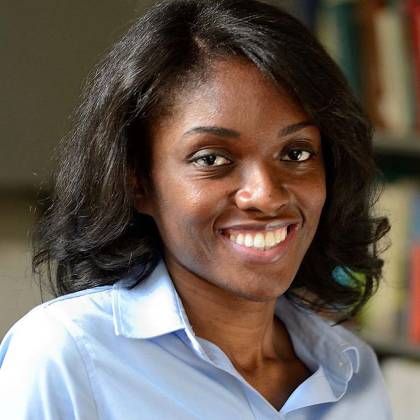 She was recognized "for pioneering contributions to development of ultrasonic and photoacoustic medical imaging systems, including coherence-based beamforming, photoacoustic-guided surgery, and deep learning applications." According to Charlie Kim, director of operations at AIMBE, it is rare for those at the assistant professor level to achieve this recognition; in the last decade, only four of the 1,500 fellows elected have been assistant professors.

Rama Chellappa, Bloomberg Distinguished Professor in the departments of Electrical and Computer Engineering and Biomedical Engineering and chief scientist at the Johns Hopkins Institute for Assured Autonomy. 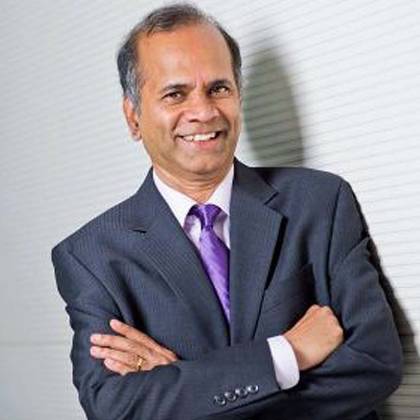 Chellappa is a leading researcher in the field of artificial intelligence whose work in pattern recognition, computer vision, and machine learning have had great impact on areas that include smart cars, forensics, biometrics, and 2D and 3D modeling of objects, faces, and terrain. His work in markerless motion capture, gait analysis, and medical imaging shows promise for future use in health care and medicine.

He was recognized for "outstanding contributions to computer vision and machine learning with applications in medical imaging and biomedical engineering."

Elana Fertig, Daniel Nathans Scientific Innovator and associate professor of Oncology, Biomedical Engineering, and Applied Mathematics and Statistics in the schools of Medicine and Engineering. 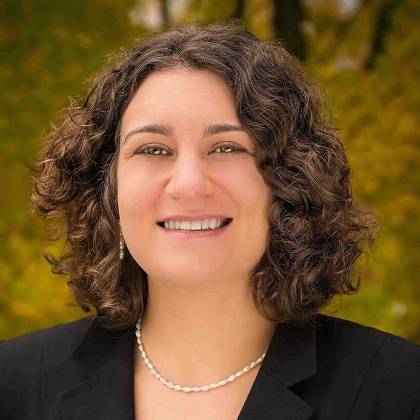 Fertig directs a National Cancer Institute–funded hybrid computational and experimental lab in the systems biology of cancer and therapeutic response. Her wet lab develops time course models of therapeutic resistance and performs single cell technology development. Her computational methods blend mathematical modeling and artificial intelligence to determine the biomarkers and molecular mechanisms of therapeutic resistance from multiplatform genomics data. Together, they provide a foundation for predictive medicine paradigms in translational cancer research. This systems biology framework has broad applicability beyond cancer, including notably to applications in neuroscience and developmental biology.

She was recognized for outstanding contributions to cancer systems biology and multiomics.

Tilak Ratnanather, an associate research professor in the Whiting School's Department of Biomedical Engineering and a core faculty member in the Institute for Computational Medicine and the Center for Imaging Science. 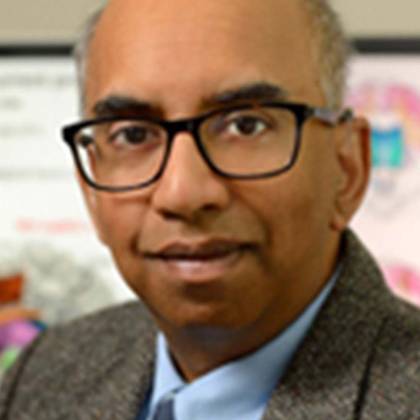 Ratnanather's research interests include analyzing the shape of brain structures associated with schizophrenia, Alzheimer's, Huntington's, vestibular function, and depression. His work also focuses on deafness and computational problems linked to cochlear physiology. A champion of those with hearing loss, Ratnanather has mentored dozens of Johns Hopkins and other students with hearing loss, many of whom have gone on to become successful engineers, researchers, and physicians.

He was recognized "for leadership and outstanding contribution in making biomedical engineering and STEMM accessible to people with hearing loss worldwide."