Xin Chen, a professor in the Krieger School's Department of Biology, has been named a Howard Hughes Medical Institute investigator. She is one of 33 scientists from 21 institutions in the United States selected this year to join the prestigious community of approximately 250 HHMI biomedical experts. 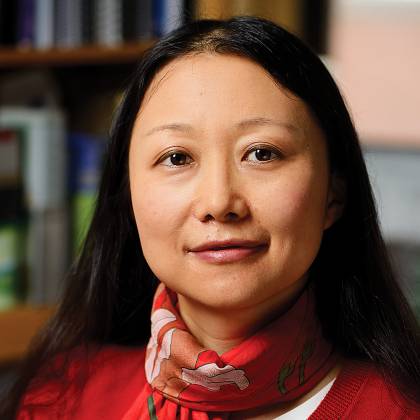 Each new investigator will receive roughly $9 million over a seven-year term, which is renewable pending a successful scientific review. HHMI selected the new investigators from more than 800 eligible applicants.

"HHMI is committed to giving outstanding biomedical scientists the time, resources, and freedom they need to explore uncharted scientific territory," says HHMI President Erin O'Shea. By employing scientists as HHMI investigators, rather than awarding them research grants, she says, the institute is guided by the principle of "people, not projects."

David Clapham, HHMI's vice president and chief scientific officer, says that the new investigators were selected because they're thoughtful, rigorous scientists who have the potential to make transformative discoveries over time. "We encourage investigators to follow new directions, learn new methods, and think in new ways," he says. "This could lead to scientific breakthroughs that benefit humanity."

Chen, who joined Johns Hopkins in 2008 after doing her postdoctoral work at Stanford University School of Medicine, studies epigenetics to learn how cancer cells form and grow. Read more about her research here.