Buying your next home through Live Near Your Work

Need more space? Want to take advantage of low interest rates? This may be the time 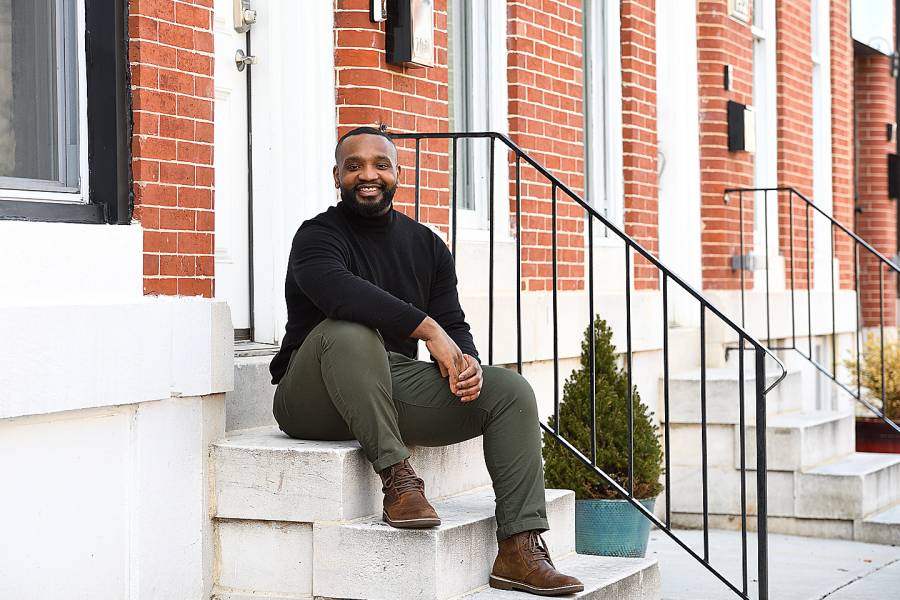 Nicolas Wright, the middle child of five kids, grew up on a farm in the unincorporated town of Horse Nation, Mississippi—population 400, a half-hour south of Elvis Presley's Tupelo birthplace and the annual Black Rodeo held there.

His Daddy's spread was large, some 50 acres; people rarely locked their doors and, until a few years ago, there wasn't a sign identifying the hamlet, named for a nearby creek. The Wright home—from which his late father, Donald Ray Wright Sr., "bred and broke horses"—was modest for a family of seven. 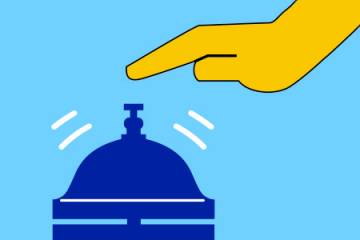 Answers to your JHU-related questions

"I never had my own space, always shared a room," says Wright, assistant director of Fraternity and Sorority Life at Johns Hopkins University since 2019. "All the way through high school, my [getaway] cave was sitting in the bathtub doing nothing or reading Harry Potter."

Today, the 29-year-old owns a three-bedroom townhouse less than a mile from Johns Hopkins' East Baltimore campus. Wright was able to swing the deal through Hopkins' Live Near Your Work program, a partnership with Baltimore City that began in 1997 and is run at Johns Hopkins by Human Resources.

The deal provided Wright with a $14,500 grant for down payment and closing costs, an introduction to a preferred lender, and help in navigating the process. Grants range from $5,000 to $17,000.

According to Katie Walsh, who directs the program at Johns Hopkins, "Live Near Your Work continues [to enjoy] high usage, even throughout the pandemic, as the financial steppingstone that employees need in order to become homeowners." Walsh notes that the program is often the difference between an employee's choosing to live in the city instead of nearby suburbs.

Since the start of the pandemic in March 2020, Walsh says, Live Near Your Work has led to Hopkins employees settling on 121 homes in more than 30 city neighborhoods. Eligible areas run from Hampden to the southeast edge of Baltimore City as well as a swath between Belair-Edison and Fell's Point. Part of the application process includes a mandatory counseling course in home ownership.

Live Near Your Work is partially funded by employers that include Hopkins, which has invested about $670,000 in the program in the past year, and more than 100 other workplaces. The city of Baltimore, which has a great stake in attracting new homeowners, particularly to neighborhoods in re-development, provides a "match" grant of up to $2,500. Employees are responsible for securing their own financing, Walsh says, pointing to the nonprofit Live Baltimore as a resource for comparing lenders.

"Live Near Your Work is tremendously effective in attracting new residents to Baltimore," says Jason Filippou, a realtor with Cummings & Co. who helped an emergency room employee from Johns Hopkins Bayview buy a house. "My experience [was enhanced] by minimal bureaucratic hoops you had to jump through to get a home."

Wright's house is a handsome, three-story rehab in the 1500 block of North Caroline Street in the Oliver neighborhood, about five blocks west of Broadway. It's a traditional Baltimore design with white marble steps, an architectural detail found in many row houses in this neighborhood but one with which Wright was unfamiliar until recently.

So enthused was Wright about the homebuying program—and, he says, "all the space!"—that he invited Walsh to speak about it to the university's Black Faculty and Staff Association.

"I know a lot of younger people looking for a home," says Wright, who was serving as professional development chair of the BFSA at the time. "A lot of people who attended that talk are now in the process of buying homes. A lot of them knew about the program, but I don't think they knew how easy the process is."

Before closing on his house, Wright lived in a downtown apartment at Charles and Saratoga streets. He now pays $200 less each month for his mortgage than he did for his rent.

Of the many things he anticipated about becoming a homeowner—converting an extra bedroom into an office, a tax credit, and the chance to host his extended family for reunions—the extra money in his pocket was not one of them.

"I sure wasn't expecting that," he says.