Both mentors and mentees are sought for the yearlong program, now entering its fifth year 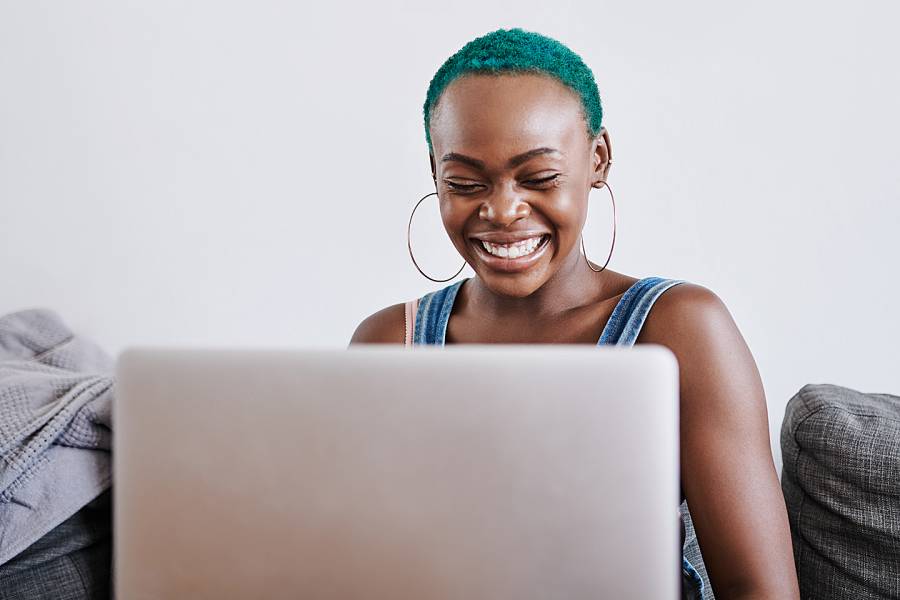 Image caption: The program moves from in-person to online this year, but its goal remains the same: to promote diversity in university finance roles by pairing mentees with more-experienced mentors.

As JHU's Finance Diversity Mentorship Program gears up for its fifth year of pairing mentees with more-experienced colleagues in finance positions across the university, the program has a few tweaks in store, including the addition of more directed learning opportunities and plans to bolster connections with affinity groups.

"We've heard from past cohorts that they like having a set time to learn together. As a result, we have added more sessions that give them that ability and time," says Nicole Smith, FDMP program coordinator and assistant director for general accounting in the Office of Investments, Contributions, and Benefits. Outside the formal training sessions, mentor pairs will be guided toward engaging in independent learning activities, such as taking a LinkedIn Learning class or reading an article together, Smith says. FDMP also plans to reconnect with the affinity groups it coordinated with in the past and reach out to new groups that represent areas of diversity. And, of course, this year's sessions will happen virtually because of the pandemic.

What won't change: the goal of the yearlong one-on-one mentoring program, which seeks to promote diversity and is open to university staff in finance roles. Mentees gain exposure to senior leadership in finance through formal information and networking sessions as well as through their mentors, who in the past have included directors of finance, divisional business officers, and finance managers.

Participants can expect to meet at least two hours a month on activities related to the program, though FDMP is designed with flexibility that allows mentor-mentee pairs to determine what works best for them, says JD McCormick, director of finance at the Human Language Technology Center of Excellence, who joined the FDMP selection committee last year and also serves as a mentor. For McCormick and his mentee, Kevan Williams, an accountant with Inter-entity Shared Services, that meant twice-monthly lunch appointments, supplemented with calls and emails that grew in frequency as their relationship developed.

Williams, now at Hopkins for two years, says that he saw the program as a way to network and explore future career options. "Hopkins is just so big," he says. "I didn't know the direction I wanted to go as far as my career path and what I wanted to do, so I figured with this program I could be with somebody who has been here a long time and was in a position to give me some guidance."

Through McCormick, Williams not only got that guidance and connection to others within Hopkins but also gained a new level of confidence in his future, he says. "In talking to him and seeing the position that he's in at Hopkins, that's given me a lot of confidence that I can be whatever I want to be at Hopkins."

And though the focus of a mentorship program is often on helping mentees experience professional and personal growth, there's also growth for mentors. For McCormick, working with Williams offered a new perspective, "from someone really new to the organization, working in a central service center at Keswick," he says. "That newness has informed some of my thinking as I interact with senior leadership." McCormick also found himself connecting with fellow mentors, many of whom he knew of but hadn't personally met. And spending time with Williams—with whom he shared a similar background growing up in Baltimore—also affected him on a personal level. "Kevan is incredibly calm and relaxed, and that has rubbed off on me," McCormick says. "I jokingly say Kevan is the son I never had, even though I have two small sons myself. I would be proud to have them grow up to be like Kevan."

The next FDMP cohort will begin in January. Applications for mentors and mentees are available now and due no later than Dec. 1. To be eligible, prospective mentees and mentors must be employed in a finance role at JHU for at least a year and be in good standing with the university. In addition, mentors must have demonstrated leadership experience or the interest in gaining leadership experience, possess leadership attributes, and be viewed as a positive role model in the organization. 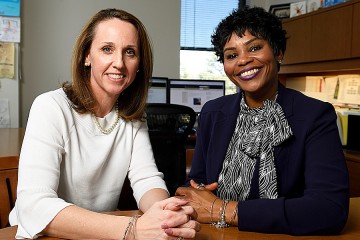 Published March 7, 2018
Those interested in being either a mentor or mentee can apply through the end of March