Alexander Szalay, a Bloomberg Distinguished Professor with appointments in the Krieger and Whiting schools, is one of three recipients of the 2020 Viktor Ambartsumian International Science Prize. 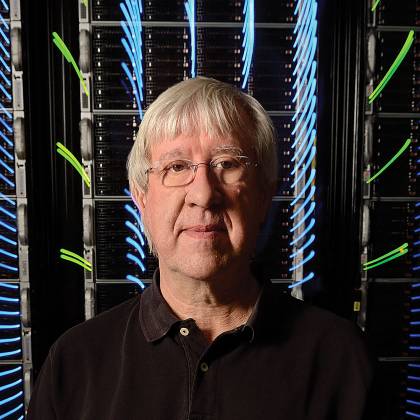 The award is given every two years to outstanding scientists from any country and nationality who have made significant contributions in astronomy/astrophysics and related sciences.

Nominated by his Johns Hopkins colleague and Nobel Prize winner Adam Riess, Szalay is being recognized "for his pioneering work on demonstrating that the dark matter in the universe might be a neutral, weakly interacting particle and for his contributions to data-driven, statistical cosmology."

The selection committee awarded half of the $200,000 cash award to Szalay and one-quarter to each of the other recipients, Isabelle Baraffe, of the University of Exeter, U.K., and of CRAL/ENS de Lyon, CNRS, France; and Adam Burrows, of Princeton University.

The prize, which includes an honorary diploma and medal, was established in 2009 by the president of Armenia to honor Ambartsumian, a Soviet Armenian astrophysicist and science administrator who is widely regarded as the founder of theoretical astrophysics in the Soviet Union.

In addition, $100,000 will support development of astronomy/astrophysics and the related fields of physics and mathematics in Armenia.

The official award ceremony is scheduled for Sept. 18.