10 individuals, 4 teams recognized for their professional and personal work to bridge inequities 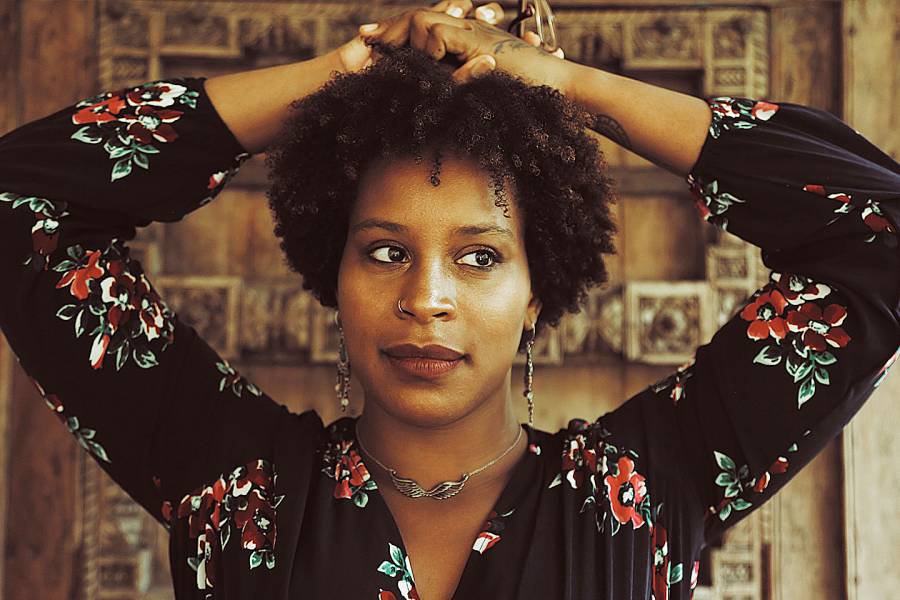 Amid intense global protests against racism and on the occasion of the 30th anniversary of the Americans With Disabilities Act, Johns Hopkins' Diversity Awards were announced today by the Diversity Leadership Council.

Now in their 18th year, the honors were awarded to four groups and 10 individuals across the Hopkins community.

"Recent events speak to the tip of the iceberg" of how far society has to go to make true progress on diversity, inclusion, and social justice, says DLC chair Ashley Llorens, referencing the May 25 death of George Floyd while in police custody in Minneapolis. Floyd's death led to massive public protests throughout the United States and parts of Europe.

Llorens, chief of APL's Intelligent Systems Center, noted that "below the water are structural inequities [throughout society] that need to be closed."

The Diversity Awards recognize those working in their professional and personal lives to bridge those inequities. Two of this year's recipients committed to a better understanding and acceptance of their respective communities are Jessica Marie Johnson, an assistant professor of history in the Krieger School of Arts and Sciences, and Anna Moyer, a doctoral candidate in human genetics at the School of Medicine.

If daily news is the first draft of history, Johnson this year has had an avalanche of material to weave into lectures, advocacy, and books not yet written.

"There's a lot of exciting organizing happening," said Johnson, a queer Black and Puerto Rican native of Chicago, when interviewed for this story on Juneteenth. Johnson's scholarship centers on histories of slavery with an emphasis, she said, "on blackness, Black queer lives, women of color, and how these groups have been fighting for and thinking about freedom for centuries."

In the classroom, Johnson combines that collective wisdom to support the next generation of scholars. And some of that work takes place on the staff of New Generation Scholars, a Baltimore nonprofit dedicated to youth leadership development through, among other things, African diaspora teaching.

Upon arriving in 2016 at Hopkins, she co-taught the first graduate course on Black womanhood, with history Professor Martha Jones. Among a variety of projects, Johnson has brought people together for the Hopkins-connected Sex & Slavery Lab and directs the recently launched Life x Code: Digital Humanities Against Enclosure.

In late July, the University of Pennsylvania Press will release Johnson's book Wicked Flesh: Black Women, Intimacy, and Freedom in the Atlantic World about the ways, she said, "Black women have created freedom and community."

"I hope it's right on time," said Johnson, who lives in Baltimore's Barclay neighborhood. "Given recent events, I'm enthusiastic about JHU truly committing to an antiracist future, including completely abandoning its private police plans and giving Black faculty the resources they need to make structural change happen."

For Anna Moyer, the future began a quarter-century ago, when her brother Sam was born with Down syndrome. The State College, Pennsylvania, native was 3 years old when the child arrived. An accompanying inspiration for her work is her own diagnosis of Ehlers-Danlos syndrome, a chronic, inherited illness affecting the skin, joints, and blood vessels. 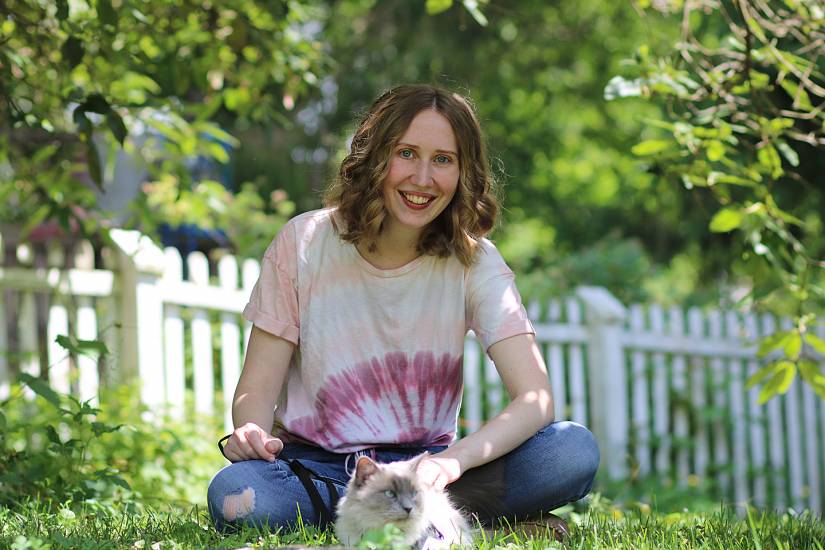 Moyer came to Hopkins in 2015 specifically to research—and possibly ameliorate—the genetic causes of Down syndrome. Her thesis adviser is Roger H. Reeves, a professor of physiology and faculty director of the Transgenic Core Laboratory in the School of Medicine.

"There aren't many people studying it," said Moyer, who did her undergraduate and master's work in biology at the University of Alabama. "And advocacy for those with disabilities has been lagging behind other civil rights movements. Many diversity and inclusion training [seminars] don't include anything about disabilities."

Combining a handful of small grants from various Hopkins resources—including $1,000 from UHS Wellness and $2,500 from the Diversity Leadership Council—Moyer and her supporters created Students for Disability Justice.

SDJ is an umbrella for like-minded groups at Johns Hopkins, some of which, Moyer said, were previously unaware of one another.

Assisted by Cathie Axe, executive director of Student Disability Services at JHU, and Bonnielin Swenor, an associate professor at the School of Medicine's Dana Center for Preventive Ophthalmology, Moyer launched the Equal Access in Science and Medicine lecture series in February.

Professor Kay Redfield Jamison of Psychiatry and Behavioral Sciences was the inaugural speaker. The author of Touched With Fire: Manic-Depressive Illness and the Artistic Temperament, Jamison is co-director of the Johns Hopkins Medicine Mood Disorders Center, which also helped fund Moyer's work.

Jamison's talk was a success, Moyer said, "and then we got shut down" by the pandemic.

Into the breach has come a virtual book club—its members, about 25 each week, are currently discussing About Us: Essays from the Disability Series of the New York Times. A virtual film series is also in the works.

Early in the pandemic, about the time Moyer's lecture series was shelved, the DLC decided to postpone the annual Diversity and Inclusion Conference, which in the past has drawn up to 500 people for workshops and lectures across several JHU campuses.

There are currently discussions to hold the event in October, possibly remotely, when the 2020 honorees will be recognized.

The full list of the recipients, who will receive glass trophies engraved with their names, can be found here.