Now solving your IT problems from her basement office in Laurel

Abiana Mello still handles about 60 help tickets a day, but some of the glitches are new 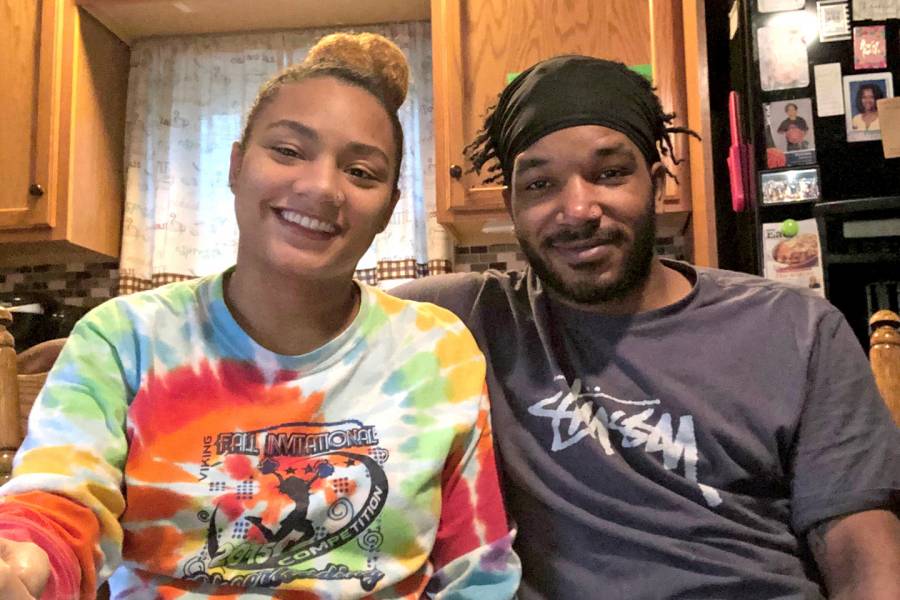 When you run an IT help desk—as Abiana Mello does at Johns Hopkins—one never knows who is going to be on the other end of the line. Or what problem, particularly during an extended global pandemic, has just landed.

It's not brain surgery, but sometimes it's a surgeon who needs help.

"I'm part of a team of technicians that handles thousands of calls. If I can't handle it, I disperse it," says Mello, on a staff of about 30 on the "first tier" of the Help Desk. Her tier then relies on many other IT departments throughout the university and health system when stymied.

Mello's desk—whether in her basement office at home or the one in the office she reported to in Mount Washington before the shutdown—is an intersection of traffic and triage for most campuswide IT services.

"I've handled calls from doctors," she said, "and I've taken calls from patients."

"Yes," she says. "One person wanted to know which button made the bed go up and down."

As for the MDs, "sometimes the doctors can't access the camera on their computers to Zoom a telemedicine call with a patient," she says. "Most of the time, it's just a webcam that's blocked."

All in a day's work, now done from the soon-to-be-30-year-old's home in Laurel. Mello, a native Baltimorean who (like her mother) graduated from Morgan State University, lives with her husband, Anthony V. Edwards, and Doris Rhames, Edwards' maternal grandmother.

High school sweethearts, Mello and Edwards met when she was a cheerleader at Old Mill High School in Anne Arundel County and he was on the football team. "He was part of the homecoming court," she laughs. "I wasn't popular enough."

Working from her current workplace, she says, has put a few unusual scenarios in play. As Mello explained her professional duties, her house was perfumed by the scent of liver and onions being cooked by Rhames.

"I like liver," Mello says, "but they say not to eat too much of it when you're pregnant." Mello and Edwards' first child, a boy, is expected in August.

Except for the immediate environment, she says, her work has not changed much at all.

"There have been times I've stayed on the phone with someone for a half-hour because it was better for them than transferring to another person," she says, noting that now many weeks into the shutdown, "things have kind of gone back to normal, maybe getting used to the new normal. After a while, you get the hang of it."

So, the big question: With all her skills, is Mello the IT go-to in the family when things are on the fritz?

"If it's just Comcast acting funny," she says, "we all know to unplug, reset, and call it a day."