News, too, about Marin Alsop, Serap Bastepe-Gray, and Julian Gray

Courtney Rowe is Peabody's new associate dean for external relations, overseeing development, alumni relations, and marketing and communications. Before coming to Peabody, Rowe held several positions at the University of Colorado Boulder. Most recently, she served as assistant dean for advancement for the CU Boulder College of Music and Colorado Shakespeare Festival. During her tenure with the College of Music, she led the team's music+ fundraising effort, a $50M campaign in support of the college's people, programs, and endowment. 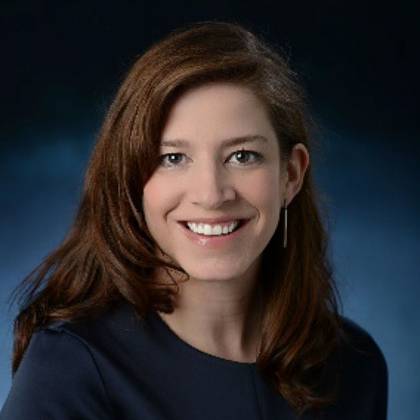 Prior to her work at CU Boulder, Rowe held programmatic and fundraising positions in Chicago. In 2014, she was part of the Museum of Contemporary Art Chicago's development team that raised record-breaking support for David Bowie Is, the museum's blockbuster exhibition that celebrated five decades of music, art, and fashion from the music icon's personal archives.

Rowe completed her BA in international affairs at the University of Colorado Boulder and coursework toward her MS in Leadership and Public Policy from DePaul University.

Marin Alsop, director of the Graduate Conducting Program, has received a two-year appointment as first chief conductor and curator of the Ravinia Festival, the summer home of the Chicago Symphony Orchestra.

Serap Bastepe-Gray, an assistant professor and co-founder of the Center for Music and Medicine, and Julian Gray, chair of the Guitar Department, are co-authors of an article that has been published in the Journal of Chemical Neuroanatomy. Titled "Not All Imagery Is Created Equal: A Functional Magnetic Resonance Imaging Study of Internally Driven and Symbol Driven Musical Performance Imagery," the study investigates the activation differences during the different ways musicians mentally practice previously learned repertoire.