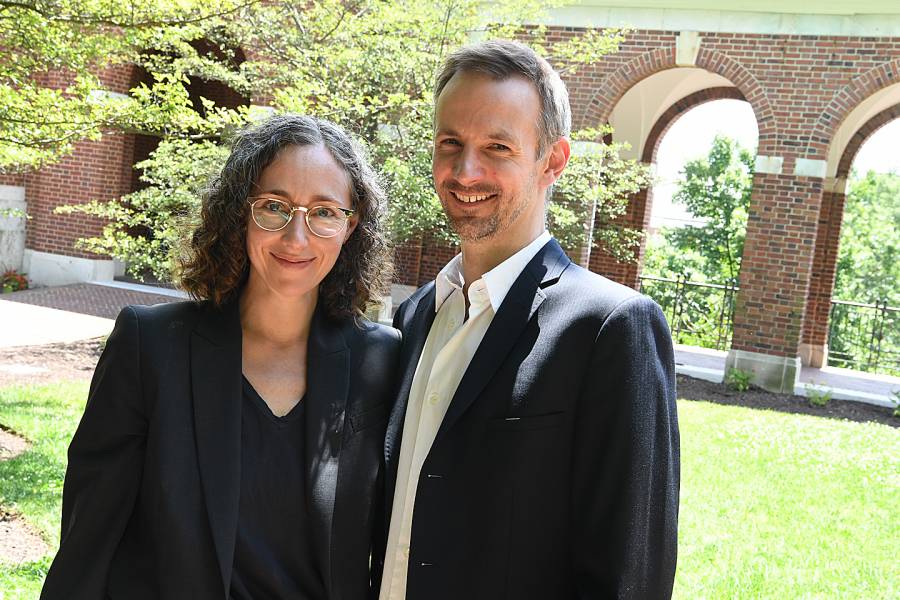 As a couple, Johns Hopkins University Professors Hanna Pickard and Ian Phillips have never followed a conventional trajectory. They first encountered not in person but through their philosophical writing. They became a family and bought a home together before getting married. And Hanna was the one who proposed, through Skype.

Today they are both Bloomberg Distinguished Professors at Johns Hopkins, a decade after they first worked as colleagues at Oxford University. The couple, parents to two teenage girls, recently worked together to help build a new cognitive science program at Princeton before landing what they call their "dream jobs" at Johns Hopkins. Phillips, a native Brit, works at the intersection of philosophy and brain science; the Canadian-born Pickard specializes in philosophy of psychiatry and moral psychology. 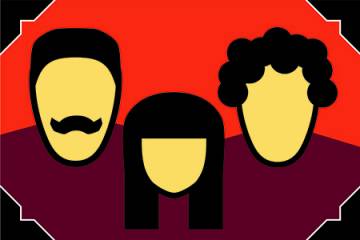 The Hopkins professors recently chatted with Hub at Work about the evolution of their relationship, from friends to dating to married professors starting a new era together as a family in Baltimore.

How did you two meet?

Ian: We were both fellows at All Souls College Oxford. We first got to know each other sifting through postdoctoral applications.

Hanna: I was somewhat overburdened, as one of the only women in the college at the time. But then I had a bike accident and broke my shoulder—I was in a lot of pain and struggling to get through all the applications. Ian kindly stepped in to help. We were on the phone all the time.

Ian: I'd heard of Hanna before then. When I was an undergraduate [at Magdalen College Oxford], one of my lecturers was friends with Hanna and had me read one of her papers, on "knowledge of action." I really, really liked the paper. So I had that impression of Hanna before meeting her.

Hanna: This other funny thing happened before we met. As a PhD student at Oxford, I was grading final exams … and without knowing who Ian was, I actually graded one of his undergraduate finals.

He wrote an absolutely brilliant Philosophy of Mind final that I gave the highest mark I've ever given. I remember in particular because he had appalling handwriting, so it took work to read through it, but it was astounding. I gave it a 78, which at Oxford is like a double-A-plus.

So when you met Ian later, you realized this was the same guy?

Hanna: When we did get to know each other, I recognized his terrible handwriting and then realized those must have been his exams! So in some sense, I guess our first real contact was reading each other's work. 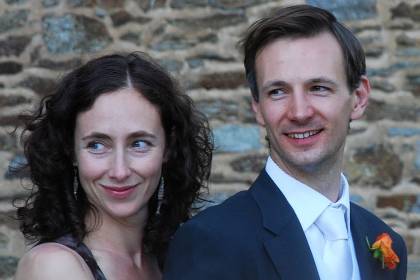 How long were you friends before it turned romantic?

Ian: For quite a while. As colleagues, we'd often go for walks around the meadows to decompress after college meetings.

Hanna: We spent years working together to build philosophy at the college, and also to try to modernize it a bit with other fellows.

Ian: Hanna was trying to address the fact that there were very, very few women there. So I did what little I could to help her with that.

When did you start dating?

Hanna: Our first date, we went to London together to see a Francis Bacon exhibit.

Ian: I remember feeling embarrassed because I was very keen to impress her with my grand knowledge of art. I overprepared. I maybe was slightly "mansplaining"—you know, erudite commentary on the paintings.

How were you able to coordinate your academic careers as a couple?

Ian: Hanna and I started living together in Oxford with her two daughters from her previous marriage. I needed to find a job that was commutable from there, and I was incredibly happy to land a position at University College London, though the commute was two and a half hours.

It was tricky because the girls were young and I was trying to become part of their lives and see them at the end of the day.

Hanna: Ian would get up at literally 5 a.m., cycle to the bus stop, catch the early bus, work nonstop until 3, then rush home for family dinner. It was grueling, but it was really important because he was building a relationship with the girls.

Ian: I know many academics who have done this kind of thing, and when kids are involved, it's even harder. That's one of the joys of being together now at Hopkins.

At what point were you married?

Hanna: We waited a long time. I have some opposition to marriage as an institution, personally and politically.

Ian: I always said, it's fine with me to not marry, but I will marry you if you'd ever like to.

But I guess there was a moment when I felt it was important. So I actually proposed to Ian when he was at a conference in New York City and I was home with the girls—over Skype. It sounds extremely unromantic, but it actually was romantic.

Ian: I still have a screenshot of it.

Hanna: I guess it was slightly back-to-front. We'd already become parents together and bought a house together—not the classic trajectory—and it was fitting that I proposed.

Ian: It was small and wonderful. The wedding itself was in the Oxford Registry Office, and then we had a reception at Keble College, where my dad is warden.

Hanna: Then we had a party at our house that evening. Our girls were very involved, which was important to us. They were both in charge of our rings, and at one point we had a brief crisis where one ring was lost. I believe it was found in the women's bathroom next to the toilet.

Tell me about the BDP opportunity at Hopkins.

Ian: We'd never really thought about ending up in Baltimore. But we knew a few people here who we thought were fantastic, so when they reached out to us, we took it seriously. Then we came here and met more amazing people. And being a BDP is just awesome—our dream jobs, really.

Hanna: Our experience of this community is that it is not only incredibly exciting intellectually but also unbelievably warm and welcoming. We're really happy here.

Where do you overlap academically?

Ian: Our backgrounds are similar in that we are both Oxford-trained philosophers of mind. We're both also interested in taking seriously the importance of different bits of psychological and psychiatric science in our philosophical work.

At one point we did actually write a paper together, although it never saw the light of day. When you do something together, it's easy to get excited: "Yes, we're totally right about this!" No one else was convinced, but we were certain we were right.

Where do you diverge academically?

Hanna: Ian uses the word "myriad" too much in his writing.

Ian: Yes, Hanna tells me my prose is too flowery. Another difference is that I think I'm more tolerant of more abstruse, abstract philosophical issues that are somewhat removed from having any impact on the real world.

Hanna: I don't know, is that true? I guess I do like to touch down in the world. Some of my work does have very practical relevance, and I spent years not only working as a philosopher but also in a specialist clinic for people with personality and related disorders like addiction.

Outside of work, are you still constantly talking philosophy?

Ian: I was cooking toad in the hole, a classic English dish. And I was thinking about how one should distinguish genuine action from mere reflex responding—and how you could test for real agency.

Hanna: We were brainstorming, making some progress, and then our younger daughter came home from swimming, feeling unwell. So we stopped philosophizing, of course, and took care of her. That kind of flux between philosophy and family life is pretty pervasive.

Ian: Some of our best talks take place on walks. We live about a 30-minute stroll from work, and walk in together whenever we can.

Ian: We used to use them as test subjects. We felt that if our views seemed silly to them, they probably were. Obviously, we didn't take this too seriously, just as a bit of fun.

When our younger daughter was about 6 or 7 she got quite obsessed with the inverted spectrum, and she was really worried about how the universe could have a beginning. Of course there's no simple answer to either. We would say, "That's a great question! Here are some different things you might say."

But as they got older, they started going, "Oh, God, you're not going to ask us one of those unanswerable philosophy questions again, are you?"

Hanna: Their tween years were very anti-philosophy. Now they're more interested again. Our older daughter has started to come to talks in the Philosophy Department here.

What do you two enjoy outside of academia?

Ian: We like to swim. We're into music generally, and I love jazz, so it's been nice to discover a jazz scene here.

Hanna: We both really love to eat and cook. The food in Baltimore is great. We both like the theater, and we go to art shows and museums together. Although Ian doesn't mansplain anymore. 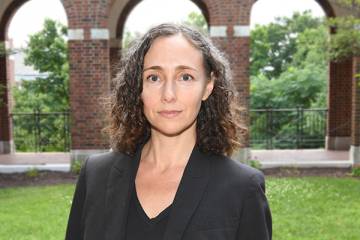 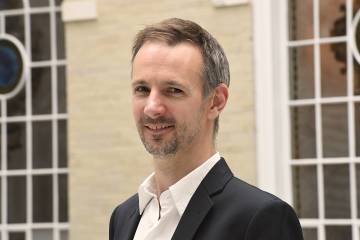