Read about her award and more news from the Whiting School

Natalia Trayanova, the Murray B. Sachs Professor of Biomedical Engineering, has been selected to receive the Heart Rhythm Society's Distinguished Scientist Award. 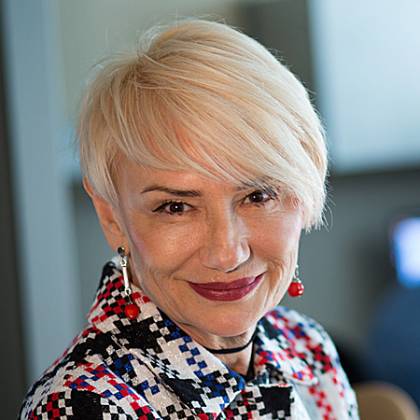 Trayanova is studying ways to use personalized 3D virtual replicas of the heart and its electrical function to more precisely predict who is at risk for sudden death or stroke from ventricular or atrial fibrillation.

Jason Eisner, a professor in the Department of Computer Science and a member of the Center for Language and Speech Processing, was elected a fellow of the Association for Computational Linguistics. ACL is the main international scientific and professional society for scholars working on computational problems involving human language. Eisner was honored for his "significant contributions to probabilistic models and algorithms for finding linguistic structure, especially lexicalized syntax and morphology."

Xin Li, an assistant professor in the Department of Computer Science, has been selected by the National Science Foundation for its CAREER award, which recognizes early stage scholars with high levels of excellence and promise. Li's research focuses on theoretical computer science, including pseudorandomness, complexity theory, distributed computing, and cryptography. His CAREER award project will explore pseudorandom objects and their applications in computer science.

Archana Venkataraman, a John C. Malone Assistant Professor in the Department of Electrical and Computer Engineering, has been chosen by the National Science Foundation for its CAREER Award. Her project, titled "Small Data in a Big World: Balancing Interpretability and Generalizability for Data Integration in Clinical Neuroscience," uses the power of machine learning to address the challenges of high data dimensionality and limited sample sizes in clinical neuroscience. Venkataraman is also a core faculty member of the Malone Center for Engineering in Healthcare and is affiliated with the Mathematical Institute for Data Science.