Read about these honors and others at the School of Nursing

Jacquelyn Campbell, the Anna D. Wolf Professor in the Department of Community-Public Health Nursing, has earned two of the most prestigious awards in nursing: the Ada Sue Hinshaw Award from the Friends of the National Institute for Nursing Research and the American Academy of Nursing's 2018 Living Legend. 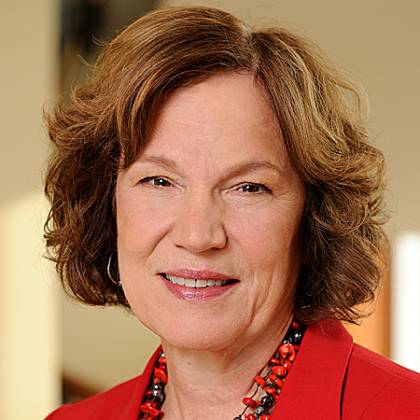 The Hinshaw Award, considered the pre-eminent award given by FNINR, recognizes substantive and sustained programs of science that position the recipient as a prominent senior scientist. The Living Legend is the AAN's highest honor and celebrates nurses who are exceptionally accomplished in the profession and health care. Both awards reflect Campbell's long-standing contributions to domestic violence prevention and careerlong leadership in nursing and research.

Safiyyah Okoye, a doctoral student and a Robert Wood Johnson Foundation Future of Nursing Scholar, was named a Minority Nurse Faculty Scholar by the American Association of Colleges of Nursing and the Johnson & Johnson Campaign for Nursing's Future. The program offers generous financial support, mentoring, and leadership development to graduate students from minority backgrounds who aspire to teach in schools of nursing in the U.S.

Gloria Ramsey, associate dean for diversity, equity, and inclusion, was selected for the American Association of Colleges of Nursing Diversity, Equity, and Inclusion group.

Five Johns Hopkins School of Nursing faculty were inducted as fellows of the American Academy of Nursing at the organization's 2018 fall meeting, held in November. From the Department of Acute and Chronic Care are Nada Lukkahatai and Brigit VanGraafeiland, both assistant professors, and Chao Hsing Yeh, an associate professor. From the Department of Community-Public Health are Janiece Taylor and Nicole Warren, both assistant professors. Induction into the AAN marks significant contributions to nursing and health care and a career that has influenced policy and the well-being of all.