Read more about the appointment, plus other faculty news from the School of Medicine

James Berger, a professor of biophysics and biophysical chemistry, has been named director of the Johns Hopkins Institute for Basic Biomedical Sciences. His appointment comes at a time when the university has announced its intention to invest $100 million to support programs in basic biological sciences over the next five years. (Read more here). 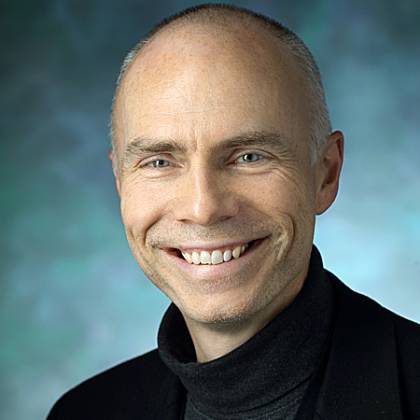 Berger, who is the Michael and Ann Hankin and Partners of Brown Advisory Professor in Scientific Innovation, received his doctorate from Harvard University in 1995 and completed a fellowship at the Whitehead Institute at MIT in 1998. He served on the faculty and directed a laboratory at the University of California at Berkley until 2013, when he came to Johns Hopkins.

His research interests focus on fundamental studies of DNA replication and chromosome superstructure and their control by small-molecule and biological regulatory mechanisms. He has trained more than 40 doctoral students and postdoctoral fellows who now have careers in academia, biotechnology, and other fields.

Berger has authored or co-authored more than 160 peer-reviewed publications and serves as a scientific reviewing editor for the Journal of Molecular Biology and eLife. He is a member of the National Academy of Sciences and the American Academy of Arts and Sciences.

As director of IBBS, he succeeds Stephen Desiderio, who retired in July.

Jaishri Blakeley, a professor of neurology and director of the Comprehensive Neurofibromatosis Center, has been installed as the first recipient of the Marjorie Bloomberg Tiven Professorship in Neurofibromatosis, which was established this year by Sally Gottesman. At a private event in New York City hosted by businessman and former New York City Mayor Michael Bloomberg, this endowed professorship was presented to Johns Hopkins by Paul Rothman, dean of the medical faculty, and was accepted by the university's president, Ron Daniels. After the professorship medallion was awarded by Rothman to Blakely, she addressed the attendees to formally accept the professorship. A larger event to recognize her installation will take place at Johns Hopkins in the fall.

Namandjé Bumpus, an associate professor of medicine in the Division of Clinical Pharmacology, has been named associate dean for basic research. As an advocate and liaison for basic science faculty members whose primary appointments are in clinical departments, she will work to ensure they have ample opportunities to teach and serve on institutional committees while increasing their interactions with faculty members in the Institute for Basic Biomedical Sciences. She also will serve as a mentor to junior basic scientists in clinical departments, helping plan their research programs and earn them local and national recognition.

Bruce W. Huntley, a physician assistant in emergency medicine, has been named a Distinguished Fellow of the American Academy of Physician Assistants. This rank designates AAPA fellows who have demonstrated outstanding dedication to their profession in the following areas: distinction in medical practice, education, research, or health care management; leadership in medicine and health care; professional involvement; commitment to lifelong learning; community service.

Rita Rastogi Kalyani, an associate professor of medicine, has received the Vivian Fonseca and Nagendran Family Diabetes Research Award from the American Diabetes Association. The award recognizes diabetes research focused on the South Asian, Asian-American, Native Hawaiian, and Pacific Islander populations, and/or research by a scientist from those areas. Kalyani is funded by the National Institutes of Health for her groundbreaking research investigating body composition and physical functioning in people with diabetes as they age, particularly among diverse populations.

Ryan Phillips, a radiation oncology resident, has received a $30,000 grant from the Radiological Society of North America to help him further his research titled "Inhibition of Centrosome Clustering to Enhance the Interplay Between Radiotherapy and Immunotherapy." Phillips' academic interests include cell signaling, radiosensitization, preventing adverse effects of radiation, immunomodulation, and palliative care.

Paul Rothman, the Frances Watt Baker, M.D., and Lenox D. Baker Jr., M.D., Dean of the Medical Faculty and CEO of Johns Hopkins Medicine, was named one of Modern Healthcare's 100 Most Influential People in Healthcare in 2018.

Caroline Vissers, a student in the Biochemistry, Cellular and Molecular Biology Graduate Program, has won third place in the Lasker Essay Contest. The contest, sponsored by the Lasker Foundation, comes with a $2,500 third-place prize and an invitation to the Lasker Awards Luncheon in September. In her essay, "Diversity at the Top of the Social Media Signaling Cascade," Vissers proposed that funding agencies require grantees to support diversity and that science students be trained to write.

David Yousem, a professor in the Department of Radiology and Radiological Science, has been named the Radiological Society of North America's Outstanding Educator for 2018. Each year, the organization's board of directors selects for the award a recipient who has demonstrated significant contributions and a long-term commitment—15 years or more—to radiologic education. Yousem is one of only 20 people to ever receive this highly distinguished honor from the group, which has 54,000 members from around the world.