Christopher J. Lenox and Joanna D. Pratt, both experienced investors and university endowment portfolio managers, are joining the Johns Hopkins University as managing directors in its Office of Investments.

In these newly created positions, both will report to Jason Perlioni, the university's chief investment officer. 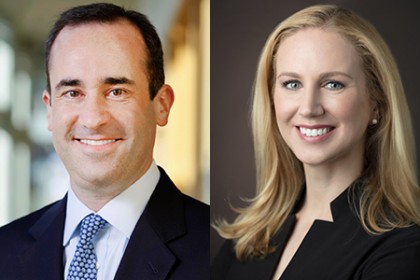 "I see both Joanna and Chris as true partners," Perlioni said. "In our work, team orientation is paramount, and both Chris and Joanna are purpose-driven team players who want to make a difference for this institution. They will help me to advance and lead our investment organization at Johns Hopkins."

Both new managing directors will work with Perlioni to manage more than $6 billion in endowment and other assets for the university and the Johns Hopkins Hospital.

Lenox brings both direct investment and manager selection expertise to the team, Perlioni says. He will oversee the university's sourcing, selection, and monitoring of allocations to outside investment managers, as well as other opportunistic investments.

Lenox joined Brandeis in 2012, working with the chief investment officer and one other director of investments; he was responsible for nearly all the public markets portfolio and a sizable fraction of private securities holdings. Previously, he was an investment officer at Princeton University Investment Co., a partner at Millgate Capital, and an associate and analyst with Goldman Sachs.

"Chris brings great experience both as an investor and analyst and as a manager at two high-quality endowments," Perlioni said. "His skill set is a testament to his work ethic but also to the training and experience he has gained in his previous roles."

Lenox is a 1999 graduate of Duke University and in 2006 earned an MBA in finance and strategic management from the Wharton School at the University of Pennsylvania.

Pratt's broad mandate is to develop and implement a risk and portfolio management framework and process across Johns Hopkins' portfolios. She also will be a key member of the team analyzing complex and opportunistic investments, engaging closely with external investment manager partnerships.

She joined Stanford in 2015 and has had a wide range of leadership responsibilities there, heading the risk management, capital markets, and fixed income and liquidity functions at various times. She previously headed the investing and insurance businesses at Nerdwallet.com and was an analyst, head of weather derivative trading, and portfolio manager at Citadel Investment Group.

"Joanna has an analytical mind with a range of capabilities," Perlioni says. "She will take on complex problems, bringing a level of rigor and analysis to our investment process that we can apply beyond risk and portfolio management to new capabilities in the years ahead."

A chartered financial analyst, Pratt is a 2004 graduate of Princeton University with a 2012 MBA from the Graduate School of Business at Stanford University. 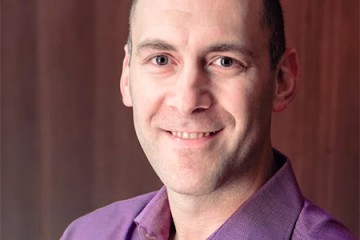 Published Feb 28, 2017
He has spent more than 15 years in investment management, most recently at Pritzker Group