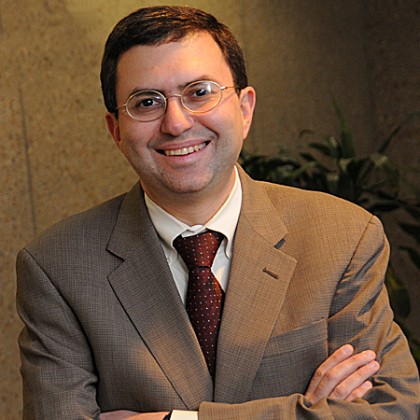 Before joining the Johns Hopkins faculty in 2015, Sharfstein was secretary of the Maryland Department of Health and Mental Hygiene, principal deputy commissioner of the U.S. Food and Drug Administration, commissioner of health for Baltimore City, and an adviser to U.S. Rep Henry A. Waxman of California. A pediatrician, he is a graduate of Harvard College and Harvard Medical School.

More from the Bloomberg School of Public Health

Katherine Parris Frey, an assistant scientist in the Department of Health Policy and Management and associate director for the Major Extremity Trauma Research Consortium, has been appointed assistant dean for strategic initiatives. As assistant dean, she will coordinate the development of the strategic plan and facilitate initiatives that emerge from it.

Elli Leontsini was promoted from assistant scientist to associate scientist at the February meeting of the advisory board in the Department of International Health. Leontsini is a formative researcher, specializing in the design of feasible and sustainable behavioral and community-centered vector control and hygiene strategies in international health; she teaches the formative research course at the school.

Dave Shade was promoted from associate scientist to senior scientist at the February meeting of the advisory board in the Department of Epidemiology. Shade is an epidemiologist who specializes in the design and conduct of large multicenter clinical trials, with an emphasis on data management and IT activities.

Lauren L. Tingey was promoted from assistant scientist to associate scientist at the February meeting of the advisory board in the Department of International Health. Tingey is a behavioral health scientist who specializes in applied research and program development for suicide prevention, substance abuse prevention, and the promotion of sexual and reproductive health among Native American youth and adolescents.