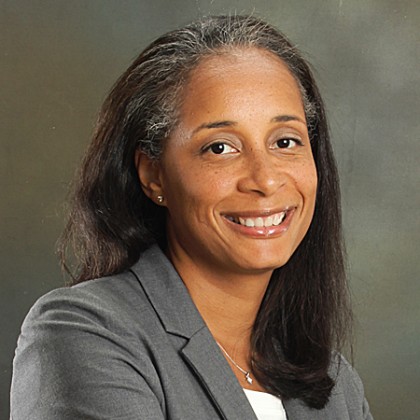 Maria Trent, a professor of pediatrics and director of the Interdisciplinary Training-Leadership in Adolescent Health Program, has been selected as president-elect of the Society for Adolescent Health and Medicine. Trent's term as president-elect began in March, after the conclusion of the organization's 2018 annual meeting. She will become president at the annual meeting in 2019.

Hugh Calkins, a professor of medicine and director of the Cardiac Arrhythmia Service, has received a Simon Dack Award from the American College of Cardiology for being an elite peer reviewer. Calkins and nine others were given the award at the organization's 67th annual Scientific Session, held March 10-12 in Orlando, Florida. The award recognizes the accomplishments of elite peer reviewers who have contributed high-quality critiques to the Journal of the American College of Cardiology.

Tina Cheng, a professor of pediatrics, has been named one of The Daily Record's Most Influential Marylanders for her dedication and commitment to children's health.

Jennifer Coughlin, an assistant professor of psychiatry and behavioral sciences, has been awarded a five-year, $2.7 million R01 grant from the National Institute of Biomedical Imaging and Bioengineering to study the brains of National Football League players. This imaging study will track injury and repair in the brains of NFL players in the early years after they step away from the game.

Elliott Haut, an associate professor of surgery, has been named president-elect of the Eastern Association for the Surgery of Trauma and will be installed as president for the 2019 calendar year. EAST seeks to improve care of the injured by providing a forum for the exchange of knowledge in the practice of trauma surgery; promote trauma prevention, research, and improved trauma systems design; encourage investigation and teaching of the methods of preventing and treating trauma; and stimulate future generations of surgeons.

Diego A. Martinez, an assistant professor of emergency medicine, is one of a group of researchers who have received a Johns Hopkins Alliance for a Healthier World Research Planning Grant for their proposal titled "Planning the Implementation of Data-Driven Computational Technologies to Reduce Waiting Lists in Chile." The $25,000 four-month grant supports a collaboration with Diana Prieto, an assistant professor of operations management and business analytics at the Johns Hopkins Carey Business School, and investigators from the University of Chile. The Alliance program aims to bring together faculty and students from across Johns Hopkins, along with partners and disadvantaged communities around the world, to integrate and unleash scientific and creative capabilities to advance global health equity.

Richard Moore, a professor in the Division of General Internal Medicine, has been elected to the Association of American Physicians. The professional organization was founded in 1885 by seven physicians, including Johns Hopkins' William Osler and William Henry Welch, for "the advancement of scientific and practical medicine." Its members are leading senior physician-scientists who are competitively selected.

Andrew J. Satin, the Dorothy Edwards Professor and director of the Department of Gynecology and Obstetrics, has been elected president of the American Board of Obstetrics and Gynecology. His term begins July 1.

Stephen Sisson, a professor in the Division of General Internal Medicine, is one of two physicians worldwide to be elected to the American College of Physicians' board of regents, the 160,000-member organization's main policymaking council. Sisson will begin his two-year term in April. He currently sits on the board of governors as governor of the organization's Maryland Chapter.

Myron L. Weisfeldt, a professor of medicine-cardiovascular and a University Distinguished Service Professor, has received a Simon Dack Award from the American College of Cardiology for being an outstanding peer reviewer. Weisfeldt and four others were given the award at the organization's 67th annual Scientific Session, held March 10-12 in Orlando, Florida. The award recognizes the contributions and accomplishments of outstanding peer reviewers who assist the journal in its mission of publishing important new clinical information.

The JHHS High-Value Care Committee has won the Award of Excellence in Teamwork given by the Society of Hospital Medicine. According to the society, the award recognizes exemplary quality-improvement initiatives in hospital medicine that engage the full patient-care team. It is intended to highlight outstanding team approaches to implementing interventions that improve patient care and safety. According to committee co-lead Amit Pahwa, an assistant professor and course director of the School of Medicine's Topics in Interdisciplinary Medicine: High-Value Health Care, the Hopkins team looks at treatments and tests that are used inappropriately and finds ways to help providers use them more appropriately. Team members will receive the award at SHM's annual convention in April.