Yin Yue, an internationally recognized and versatile performer and choreographer, will join the Bachelor of Fine Arts dance faculty of the Peabody Conservatory as artist-in-residence for the fall 2018 semester. She will teach modern technique classes, collaborate on creative research with dance majors, and offer workshops and master classes. 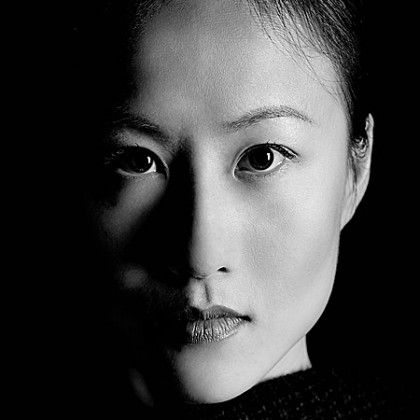 Yin is the artistic director and founder of the New York City–based contemporary dance ensemble YY Dance Co. She was the winner of the Hubbard Street Dance Chicago 2015 International Commissioning Project, the 2015 BalletX Choreographic Fellowship, and the Northwest Dance Project's 2013 Pretty Creatives International Choreographic Competition. She has been commissioned to create new works by all three companies, as well as by Limon Dance Co., Bruce Wood Dance, New Dialect, Balletto Teatro di Torino in Italy, Backhausdance, George Mason University, and others.

Born and raised in Shanghai, Yin trained in technically demanding and highly structured Chinese classical and folk dance, as well as classical ballet technique, earning her undergraduate degree at Shanghai Normal University and her MFA in dance from NYU's Tisch School of the Arts. She is the creator of an innovative contemporary dance technique called FoCo (folk-contemporary).

Marin Alsop, director of the Graduate Conducting Program, was awarded the 2017 Ditson Conductor's Award at the Baltimore Symphony Orchestra season opener in September. The award, endowed by the Alice M. Ditson Fund at Columbia University, honors conductors who have a distinguished record of performing and championing contemporary American music. Established in 1945, it is the oldest continuing award of its kind.

A study by Guitar faculty member Serap Bastepe-Gray regarding musician brain volumetric MRI and diffusion has been accepted for publication in the Journal of Chemical Neuroanatomy. This will be the first interdisciplinary research study published under Peabody's Center for Music and Medicine.

Oscar Bettison, Composition faculty, has been awarded a John Simon Guggenheim Memorial Foundation Fellowship. Guggenheim fellowships are intended for individuals who have already demonstrated exceptional capacity for productive scholarship or exceptional creative ability in the arts. Bettison is one of 173 diverse scholars, artists, and scientists to be awarded the fellowship in 2017.

Garnett Bruce, a Vocal Studies faculty member and opera stage director, directed Puccini's Turandot for the 2017–18 San Francisco Opera season opener in September. Peabody alumna Toni Marie Palmertre, a soprano, made her debut in the role of Liu, the faithful slave. When the production returned for a second run in November, Peabody alumnus Christopher Don Franklin made his San Francisco Opera conducting debut.

Faculty composer Douglas Buchanan and librettist Caitlin Vincent won the 2017/2019 Raymond and Beverly Sackler Prize for Music Composition from the University of Connecticut. The collaboration is a one-hour opera to be premiered in 2019, focusing on Bessie Coleman, the first female African-American aviator, and Ma Ferguson, the first female governor of Texas. The prize brings a $25,000 cash award, recordings, and substantial recognition including public performances. The competition is a biennial event rotating among specific areas of the musical arts, which include jazz ensemble, choir, opera, wind ensemble, orchestra, children's choir, chamber ensemble, solo instrument, voice, and electronic music.

Vocal Studies faculty artist Denyce Graves, mezzo-soprano, has been elected to Opera America's board of directors. The board advises the service organization on emerging trends and helps in the implementation of new programs.

Georg Friedrich Haas has been named the 2018–19 Distinguished Composer-in-Residence. Throughout that academic year, Haas will give a series of master classes and lectures.

Faculty artist Amit Peled, cello, has released the Amit Peled Peabody Cello Gang, featuring pieces by Handel and David Popper and the debut of an arrangement by Tom Zebovitz of the Schubert Arpeggione Sonata. The cello gang consists of Peled students who tour the country with him performing concerts. Also, Peled was interviewed in the November issue of Strings magazine about performing on Pablo Casals' Goffriller cello.

Faculty artist John C. Walker, organ, participated in the Shanghai Conservatory of Music's International Organ Festival and its International Organ Competition in September. In the first international organ festival and competition to be held in China, four organists from nine countries came together for a week of events, competitions, and performances. The Organ Art Center at SCHM was established in 2015 and aims to create a world-class organ society in China. Walker was a jury member for the competition, presented a master class, and performed with other members of the jury.