When faced with a mass shooting ...

In the wake of recent deadly mass shootings around the nation, Gabor Kelen discusses how Johns Hopkins would respond to an influx of patients 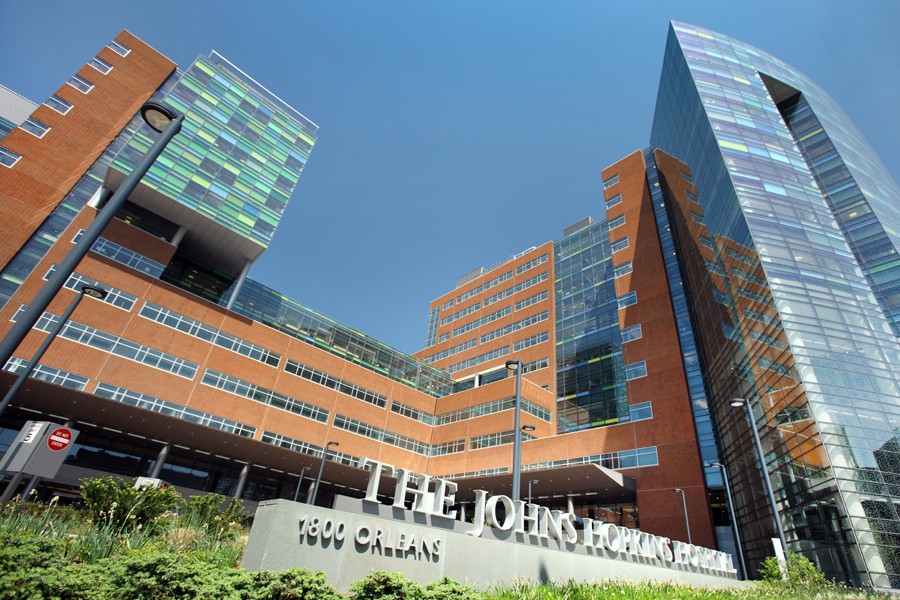 Image caption: At Johns Hopkins Hospital, disaster plans are continuously reviewed and updated based on recent events to incorporate the most up-to-date experience and knowledge.

After a gunman went on a shooting rampage in Las Vegas during a country music concert in early October, hundreds of patients began flooding into area hospitals by ambulance and private cars or trucks. Gabor Kelen, director of the Department of Emergency Medicine and professor of emergency medicine at Johns Hopkins, discusses efforts to prepare for a similar crisis at home.

How would hospitals in the Johns Hopkins Health System respond to a patient influx caused by a mass casualty event similar to recent mass shootings in the U.S.?

All the hospitals in the Johns Hopkins Health System have well-developed and well-honed disaster plans and experience enacting these plans during drills and exercises as well as during actual incidents, such as the Amtrak train collision of 1987, following 9/11, the 2001 anthrax crises, and the 2009 H1N1 pandemic.

Once a hospital is notified of a mass casualty event, the hospital activates a disaster plan, which puts into motion a series of actions. These include alerting critical staff and departments; making room in the Emergency Department for the casualties by admitting, discharging, or asking existing patients to wait if medically possible; activating an incident command system; and implementing disaster triage. Note that during a mass casualty event not all patients arrive at hospitals at the same time, and many do not arrive via ambulance. A key element of a hospital response is not to overcommit resources to those less injured who usually are the first to arrive but to conserve resources for the more highly injured patients from the disaster scene.

At what point would the hospital rely on on-call providers and staff?

During the immediate response, hospitals would not rely much on on-call providers or calling additional staff in. They simply wouldn't get here in time. Providers in roles familiar with disaster response, such as emergency medicine or trauma surgery, are highly preferred. There often tends to be a tremendous urge by medical staff to help; however, those who converge on triage or emergency facilities but are unfamiliar with disaster response, operations, and logistics may actually hinder response efforts.

If the crisis is truly overwhelming, getting the right providers to the hospital can be challenging, as roads may be congested and entry restricted. Over time, additional staffing, back filling, relief and specific skill providers may be needed. Frontline Emergency Department staff may become exhausted and need to be rotated out. Additional surgical staff and trauma ICU staff would also be required.

What could staff members outside of the Emergency Department do to help?

Staff members outside of the Emergency Department should not do anything unless specifically requested. During a declared hospital disaster, as would occur during a mass shooting, hospital staff should take direction from their supervisors, who will be kept informed through a chain of command called "incident command."

Our disaster plans are continuously reviewed and updated based on recent events (e.g., Las Vegas mass shooting, Boston marathon bombing) to incorporate the most up-to-date experience and knowledge. Additionally, the Johns Hopkins Health System requires hospitals to conduct mock disaster exercises and drills. We also conduct table-top exercises, which can test larger parts of the system. These exercises mostly help those likely to be in control and involved during a disaster but allow insight to identify possible weakness, such as communications. Finally, experience with previous parallel crises helps inform response plans. For example, a recent snowstorm in Baltimore that forced staff to hunker down for several days without replacement was aided by previous events and helps in the planning of similar situations from other crises of a different nature.

Overall, is the Johns Hopkins Health System prepared to respond to a mass casualty patient influx?

Based on the historical record of disasters producing mass casualties and a sudden influx of patients to hospitals within a short period of time, hospitals have generally responded well. While in recent times our member hospitals have not been put to the test from overwhelming numbers of patients showing up suddenly, given the emphasis on planning and exercises and the deep resources and commitment of the institution as well as the unique organization of the Johns Hopkins Office of Critical Event Preparedness and Response, our hospitals are poised to respond and hold up very well, even in deep crisis.