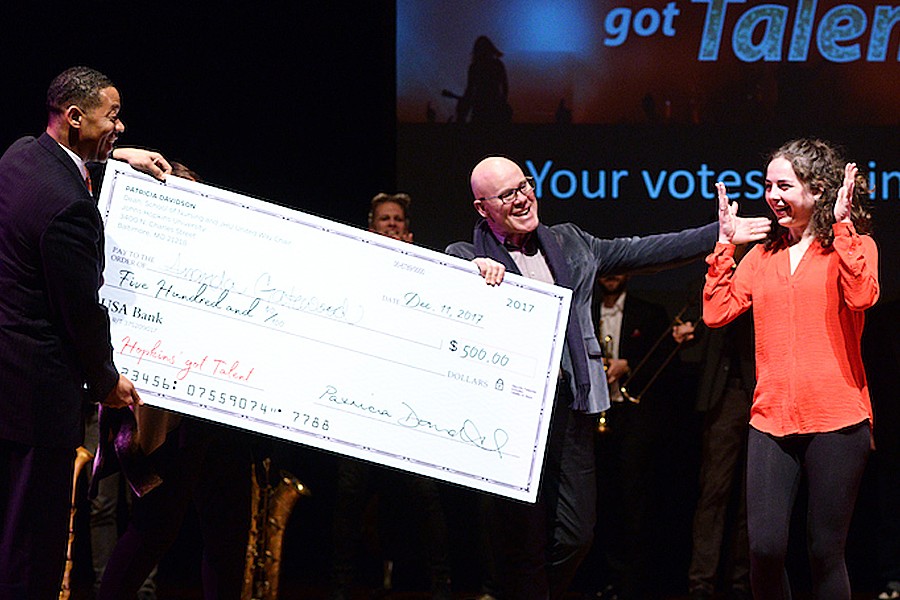 An energetic crowd gathered in Peabody's Friedberg Hall on Monday night for the inaugural Hopkins' Got Talent, a fundraiser to benefit the JHU United Way campaign. The show featured 10 acts from across the university, each challenged to raise $500 leading up to the event in support of a personal cause. Their collective fundraising, combined with the sale of 270 tickets, brought in nearly $7,000 for the campaign. Brandon Garrel of Human Resources raised the most money for his charity, the Community Assistance Network, and took home a $500 prize for his efforts.

The performances included lively musical groups, spirited dancers, passionate singers, and a whistling wonder. The winning act, Amanda Gatewood, wowed the audience with an electrifying routine on her gymnast wheel. She even enticed judge Thomas Dolby, early MTV icon and current Peabody faculty member, to join her on stage and give the wheel a try. Gatewood also took home $500 as the competition's winner.

The two $500 prizes were generously donated by Patricia Davidson, School of Nursing dean and chair of the JHU United Way campaign.